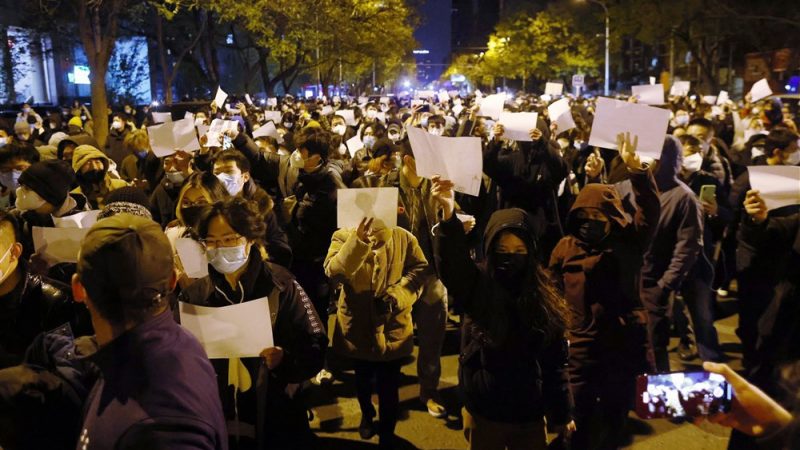 Beijing and Shanghai have seen an increased police presence to prevent new protests against covid restrictions.

The biggest protests in China since Xi Jinping took power a decade ago, demanding his resignation, began over the policy of "zero tolerance of covid" and the introduction of strict new measures to prevent the spread of the coronavirus.

The protests in China began after a fire that broke out in a building in Urumqi on November 24 killed ten people. Protesters claim that residents of the burning building were not allowed to escape due to covid restrictions, resulting in a large number of them dying.

Chinese authorities deny that measures introduced to stop the spread of the coronavirus have slowed down the efforts of rescuers and firefighters at a burning building in the city of Urumqi.

China's policy of "zero tolerance to covid" has disrupted the lives of millions of people, and there are also deaths due to these measures. Also, such a policy has a negative effect on the Chinese economy.

Chinese Foreign Ministry spokesman Zhao Lijian said yesterday that "there are ulterior forces on social media linking the fire to the local response to Covid-19.