Kicks to Inter, now Milan is in pole position for the Serie A title 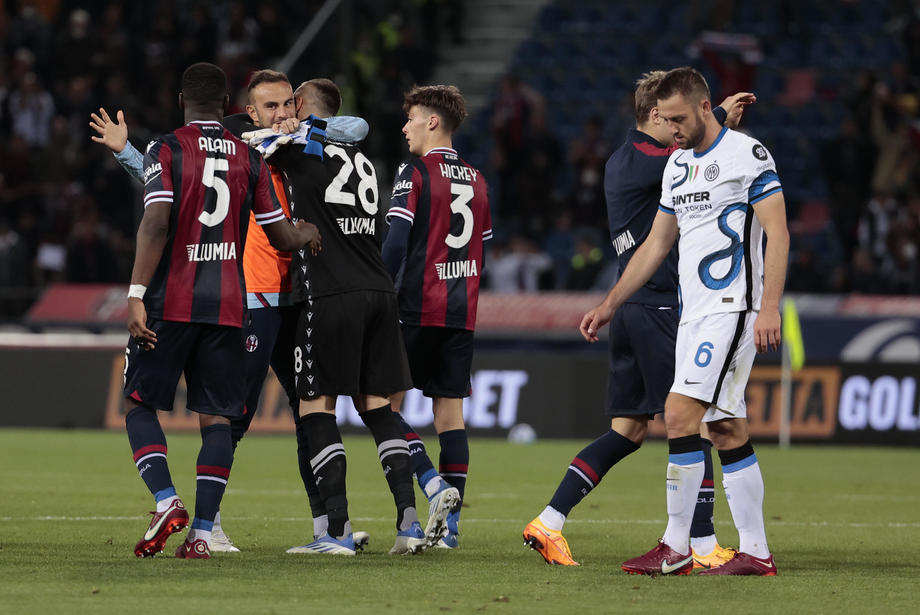 The Bologna players prepared a big surprise by beating Inter 2: 1 in the backward match of the 20th round in Serie A. With the victory over the favored opponent, Bologna did a great service to Milan, which in four rounds until the end of the season, remained the leader of the table with 74 points, two more than Inter.

The tragedian of the match is the reserve goalkeeper of Inter, Radu, who replaced the injured Samir Handanovic between the goalposts. Namely, in the 81st minute, Ivan Periќi додаде added to Radu from outside, but the goalkeeper missed the ball and Sansone used that to score the winning goal for Bologna.

The beginning of the match did not indicate such a scenario because Inter took the lead in the third minute with Perisic's goal. But, the home team equalized in the 28th minute thanks to Marko Arnautovi.. Then, the "Nerazzurri" dominated the field, had 26 shots, seven of which were within the goal, but failed to score another goal and lost in the finish due to Radu's mistake.

Atalanta and Torino played a great match in Bergamo, scoring eight goals.
The guests took the lead in the fourth minute with a penalty goal by Sanabria, and then Atalanta in five minutes through Muriel and De Ron to make a turnaround in the 23rd minute.

Then on the stage came Sasa Lukic, who first equalized the score in the 36th minute, and in the 63rd minute gave Torino the lead. Five minutes later, Freuler scored an own goal for 2: 4. But, the players of Atalanta did not give up and with the goals of Pasalic in the 78th and Muriel in the 84th minute, he managed to save himself from defeat.

A real surprise was made by Udinese who celebrated in Florence with a convincing 4: 0 over Fiorentina.