Kicheec caused the accident on the road Gostivar-Kichevo, the Prosecutor's Office opened a procedure and requests detention 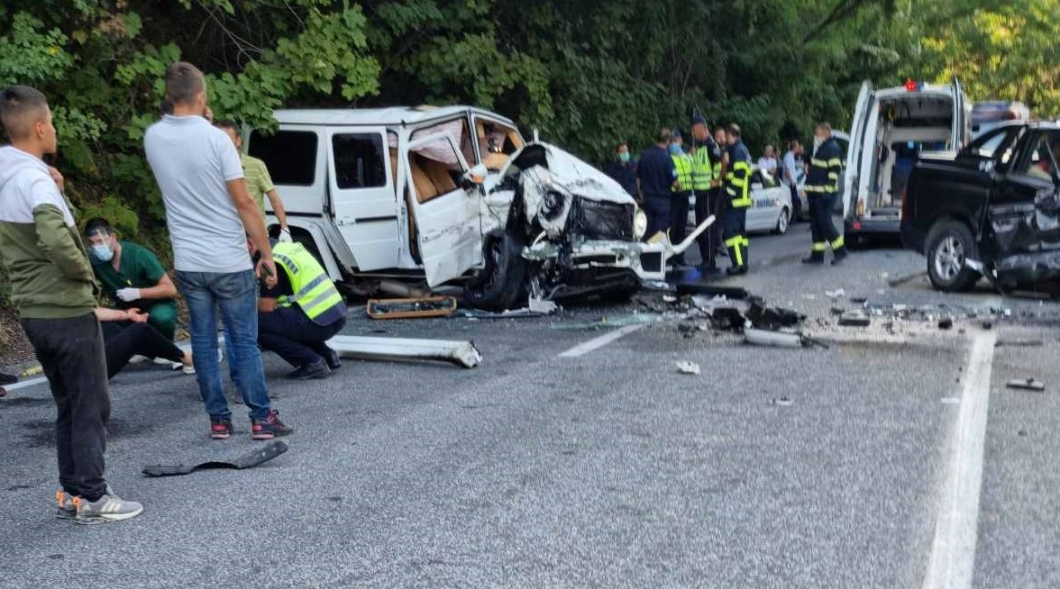 The Gostivar Prosecutor's Office announced that it will investigate the traffic accident that happened on Saturday on the highway Gostivar-Kicevo, in which one person died and a total of seven were injured, four of them seriously.

According to the Prosecution, the accident, in which three vehicles were involved, was caused by the driver of the "Mercedes" jeep, who was found to be Zoran Mileski - Kicheec, convicted in the "Racket" case, who was released from prison in Struga due to medical examinations. . The prosecution requested custody for Kicheec, and the Gostivar court accepted the proposal and ordered a 30-day detention of the suspect late this afternoon.

"The Basic Public Prosecutor's Office in Gostivar issued an Order for conducting an investigation against a person suspected of a crime - Serious acts against the safety of people and property in traffic under Article 300 paragraph 2 in conjunction with Article 297 paragraph 1 of the Criminal Code. On September 4, on the highway Kicevo-Gostivar, the suspect as a participant in the traffic on public roads did not comply with the regulations and endangered the public traffic. Moving with a passenger motor vehicle "Mercedes" with Kichevo license plates, he at the critical point did not adjust the speed according to the conditions and conditions of the road and on a clearly marked full longitudinal line began overtaking the vehicle in front of him - car "BMW" with Tetovo license plates. At the same time, a car "Sang Jong" with Gostivar signs was moving in the opposite direction to Kicevo, where the suspect blocked his way, and hit the front right part of the "Mercedes" directly in the front right part of the car "Sang Jong". The vehicle hit with the left side part also hit the BMW car that was overtaken. "A passenger in the Sang Yong car lost his life in the accident, four people were seriously injured and three, including the suspect, were injured." the statement said.

"Due to the danger of escape, the possibility of influencing the witnesses / injured parties and the possibility of repeating the crime, the public prosecutor submitted a proposal to the pre-trial judge from the Basic Court in Gostivar for determining a detention measure for the suspect." added by the Prosecution.