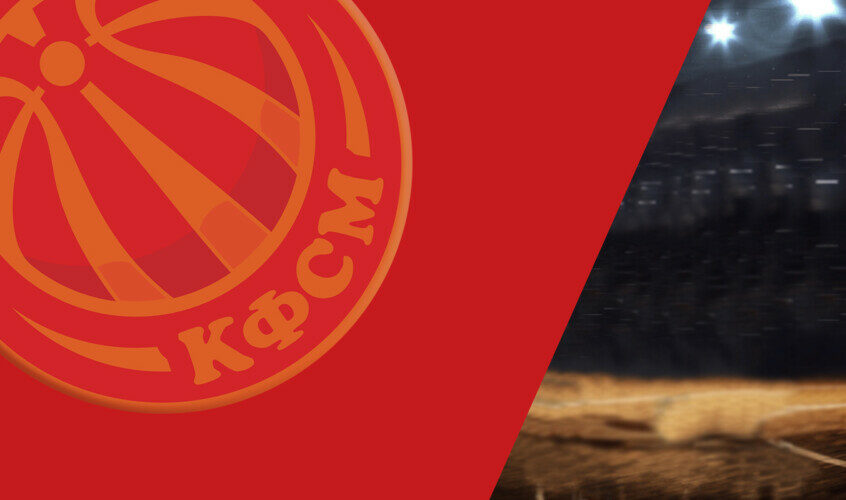 The Basketball Federation of Macedonia (KFSM) expressly reacted to the announcement of MZT Skopje who previously threatened not to let his basketball players play for the national team unless there was a confirmation of the basketball players' insurance.

The reaction of MZT Skopje was due to the injuries of its basketball players, Mekic, Krstevski, Andonovski and Robev, who played for Macedonia in the pre-qualifications for the 2023 World Cup, but are uncertain about the start of the new season.

KFSM expressly responded with a statement in which it says that MZT Skopje writes untruths and that the Federation respects the rules of FIBA.

The announcement of KFSM is transmitted to you in full:
For the umpteenth time, MZT Skopje Aerodrom writes extremely untrue and tendentious untruths through which they want to show a different and false situation in which, only on their own and not someone else's "merit", they found themselves sending such a letter to the public.

It is extremely inappropriate to give "medical certificates" about the health condition of some of the players who participated in the last national team action. It is tendentious because all this is happening more than a month after it became clear that our senior national team secured a place in the qualifications for the 2023 World Cup.

As a responsible and accountable federation, within the stipulated deadline, we gave an answer to yours, which in the end turned out to be a belated request.

FIBA rules for player insurance are very clear. The deadline for reporting an injury with complete documentation is no later than 15 days from the occurrence of the injury and the manner of treatment. After reporting the injury, FIBA ​​monitors the recovery process until the doctor's final report and the first match after the injury.

But, since these are members of the national team of our country, the federation will cover all the necessary expenses for the treatment and rehabilitation of the basketball players. We sincerely hope that in the future we will have fewer such injuries to basketball players, but as always, for all such adverse situations, the federation will always be available to provide the costs of treatment and rehabilitation.

And it is ready at any moment to make available to the public all the documents related to the compulsory insurance required by the World Basketball Organization for all basketball players who have been made available to play in the national teams for a certain period of time, in this case, the pre-qualification cycle for the 2023 World Cup, including the correspondence, ie our answer, which you assessed as unkind.

The Macedonian Basketball Federation has always been and will always be behind all the players who wear the national team jersey and in no further case, will not accept such flat information that has nothing to do with the truth, where now supplemented with an expanded list that includes some other national team names. , abused for "someone's interest" that we do not need to discuss.

We really regret that you, as a serious club, are not sufficiently informed about the complete health of the players, and even less about the FIBA ​​regulations that apply to such situations related to the insurance of the national team, especially if you take into account that the doctor of your club in the past he took care of the health of the entire toy part of the senior national team.

False and manipulative statements will not bring good to anyone, at least to the basketball public, and will only draw into their own lies those who are the creators of tendentious articles.

The national team is sacred and playing for the national team is the greatest sporting achievement and pride. The fact that more senior national team players play in your club, you should know that it is a benefit for your budget in which significant financial resources that are allocated by the state flow on that basis - performance in the best basketball team.

MZT Skopje against KFSM: In the future we will not let our basketball players play for the national team without insurance confirmation