Karposhani will still get the "Partizan" hall renovated 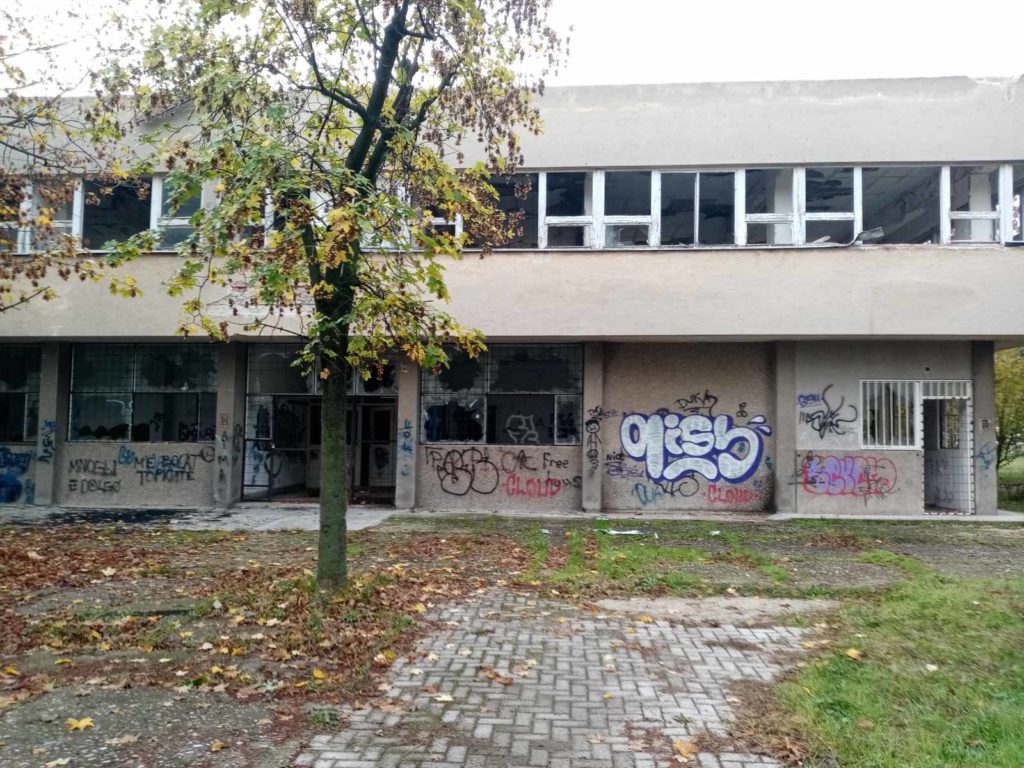 The sports hall "Partizan" in the settlement Karpos 4 will soon begin to be reconstructed. The public procurement conducted by the Agency for Youth and Sports, which is looking for a contractor for the project, is nearing completion, in the evaluation phase, after which the best bidder will be selected. With that, the long-awaited renovation of the hall will start, which for Karposhani is one of the cult buildings in the municipality.

These days, the current mayor Stefan Bogoev signed the approval for reconstruction, as well as the decision for construction of the indoor swimming pool that will be built next to the hall.

The initiative for rescue and renewal of "Partizan" was started by the Municipality at the beginning of 2019. After the return of the hall to the possession of the municipality, the local government in cooperation with the association "Cultural Echo" conducted a survey to select a design solution for the reconstruction of the hall. The conceptual projects were prepared by domestic and foreign young architects of the association, and the choice was made through a survey by the citizens of Karposh. Karposhani gave the most, ie 878 votes, for the conceptual design prepared by the architects Thomas Romero Tali, Matthew Satori and Javier Romero. Based on this conceptual design, the Agency for Youth and Sports then worked on the basic design.

Meanwhile, in May last year, an expert team led by Strasho Popovski, a graduate civil engineer and the company "ADING" AD Skopje, assessed the static stability and usability of the "Partizan" hall. They found that the building is made of reinforced concrete construction, which is in generally good condition, after which it was concluded that there is no significant damage to the concrete, which means that with the repair of the building and its installations "Partizan" can be returned to function.

The preparation of the basic project lasted almost two years, and the tender for selection of a contractor was announced only in September this year.

It is true that a long time has passed since we started the Partizan Rescue and Reconstruction Initiative, but believe me, this process was not easy. First, we struggled to return the hall to the municipality, after the concessionaire had completely neglected it. Most importantly, in this area there is no longer a threat to the construction of residential buildings. On the contrary, this part of Karposh will grow into a well-organized sports-recreational zone, with a multifunctional hall and an indoor swimming pool - says the mayor Stefan Bogoev.

The reconstruction of the hall "Naum Naumovski Borce", known among Skopje residents as "Partizan" in Karpos 4, will cost about 75 million denars with VAT, ie according to the tender the estimated value is 59.322.034 denars without VAT.

The Partizan Sports Hall was built immediately after the catastrophic earthquake in 1963, as a donation from France, and is the work of the architect Trajko Dimitrov.

An indoor swimming pool will be built next to the hall, which can be used by students from municipal primary schools, and in the afternoon by the surrounding residents.

In this way, as they say from the Municipality of Karpos, the part between the settlements Karpos 3 and Karpos 4 will be an organized sports unit, which can be used by all citizens.

VIDEO: Inzaghi gave a lesson to Mourinho, Inter took a walk through Rome

The origin of the mutation is unknown: A completely new Omicron vaccine may be needed