VIDEO: A rock weighing 20 tons threatens to fall into the Matka dam 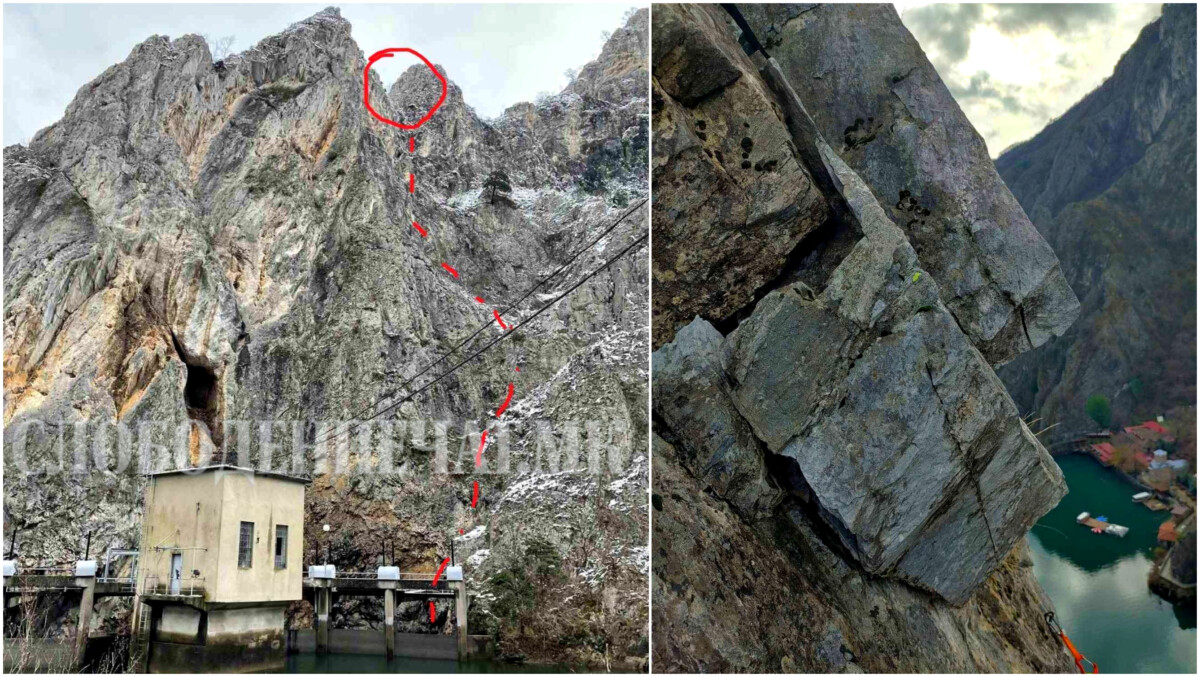 The Crisis Management Center warns of the danger of falling on a rock weighing about 20 tons, located at a height of one hundred meters, in Matka Canyon.

The director of the CMC, Stojance Angelov says that they received a warning notification from EVN Power Plants from where they noticed the rock.

- It is a matter of great kinetic energy. If this rock falls, it is likely to carry an avalanche of landslides. It will probably not damage the dam itself, but to avoid a tragedy we sent a warning to several institutions, such as the Ministry of Interior, IZIZ, Faculty of Civil Engineering, Institute of Geology, State Inspectorate of Environment, Directorate for Protection and Rescue, Mountaineering Federation. We sent a special warning to the entity that operates the vessels on Matka, said Angelov, emphasizing that soon the part under the rock will be physically enclosed so that it can not sail with boats near it.

One of the options to remove the rock is the controlled demolition of the rock, but according to Angelov, such an action is unlikely to be taken.

Angelov appeals to take landslide warnings seriously, not only on Matka, but on all roads in the country.