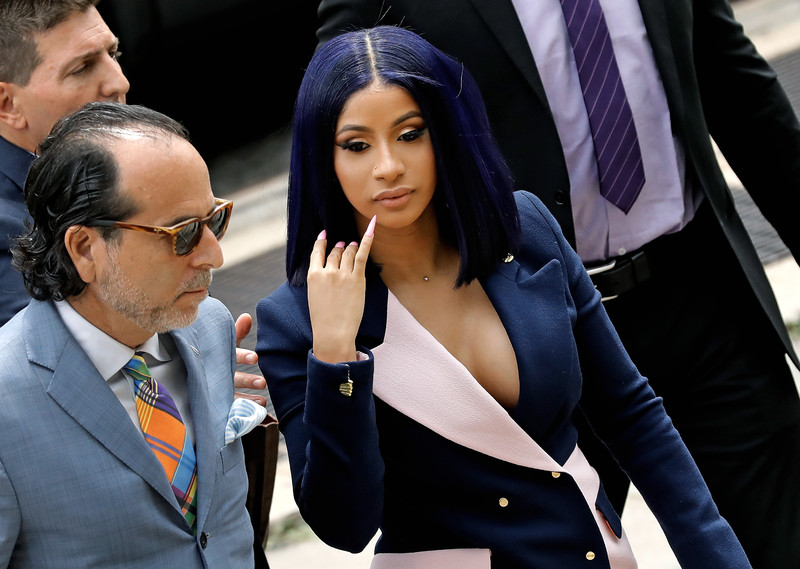 A federal jury has sided with rapper Cardi Bee in her defamation suit against YouTuber Latasha Kebe on Monday, saying Kebe must pay Cardi at least $ 1,25 million, according to court documents.

Cardi B in the 2019 lawsuit accused Kebe, who calls himself Tasha K and has 1 million subscribers to her channel "unWinewithTashaK", "obsessed" with her and ran a "malicious campaign" for her that included a false accusation of Cardi B that was positive for herpes and substance abuse problems.

During a trial that began earlier in January in Georgia, the two women took a stand.

The jury found Kebe responsible for defamation, breach of privacy and intentional infliction of emotional distress. Kebe's lawyers can appeal.

The complaint states that Kebe intends to use the false information and knows that the post about Cardi B "will attract significantly more viewers to its content than it normally collects". At the time of the jury's decision, Kebe had not released a video of the rapper for almost six months.

During the lawsuit, Kebe sued for $ 3 million, claiming that Cardi B, whose real name is Belkalis Almanzar, sent fans to harass her. The judge dismissed the lawsuit, saying there was "no evidence" of the allegation.

According to the terms of use of "YouTube", the platform says that it is not responsible for "Content submitted by any user or for defamatory, offensive or illegal behavior of any user".

The defamation suit states that YouTube "will only consider legal complaints when we have been notified by the party or their authorized representative."

During the trial, U.S. District Judge William Ray asked the UCLA Center for Women's Pelvic Health to send the rapper and herpes test results to the rapper and medical records.

In November 2021, Ray found that the records "were not useful" in the case of Kebe and proved that Cardi B was right. As part of the verdict, Kebe was ordered to pay $ 250.000 in medical damages.