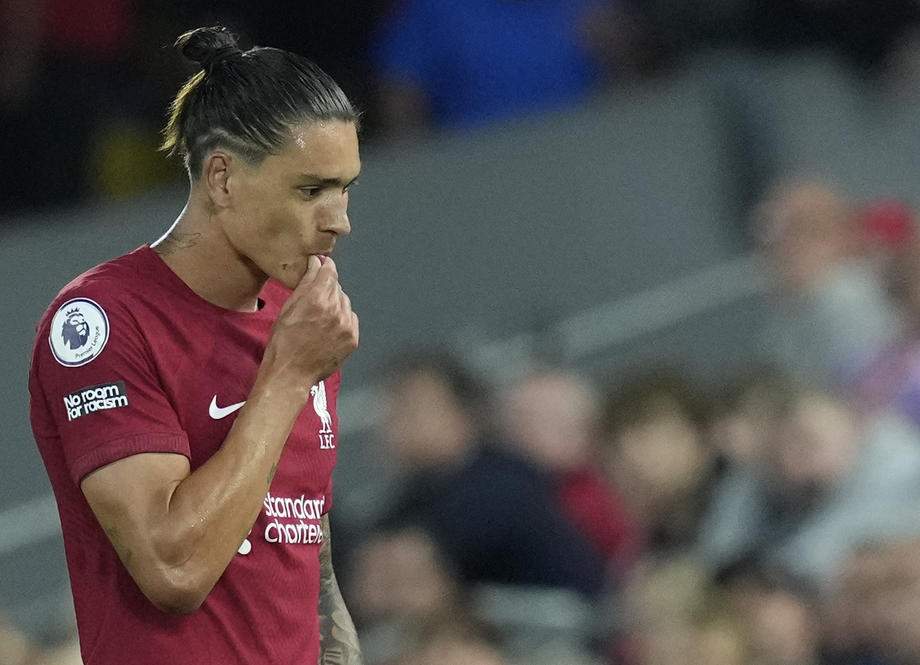 Darwin Nunez came to Liverpool this summer in a transfer worth 1000 million euros/photo: EPA-EFE/ANDREW YATES

The players of Liverpool are still waiting for the first victory in the Premier League, after they played a draw in the first two rounds, and one of the culprits for the draw against Crystal Palace is the striker Darwin Nunez who earned a red card.

Núñez scored the first goal in the Premier League in the first round against Fulham, but yesterday against Crystal Palace he was sent off for headbutting the visitors' defender, Joachim Andersen.

The former captain of Liverpool, Jamie Carragher believes that Nunez let the team down with the suspension, but he also let himself down.

- I am sure that he knows very well what he did and that he will be desperate because of it. He let the team down and let himself down. If he had stayed on the field until the end of the match, I am sure that Liverpool would have won. It's not just about one match, now it might happen that we won't see him at his best in the coming weeks - said Carragher.

And the former captain of Manchester United, Gary Neville, thinks that Nunez made a reckless move, even though he had duels with Andersen throughout the game.

- What Nunez did was a moment of madness. In the previous matches we saw that he is quite combative. I think he will learn a good lesson from this incident. When you get a red card you start thinking and saying to yourself why did I do this - Neville thinks.