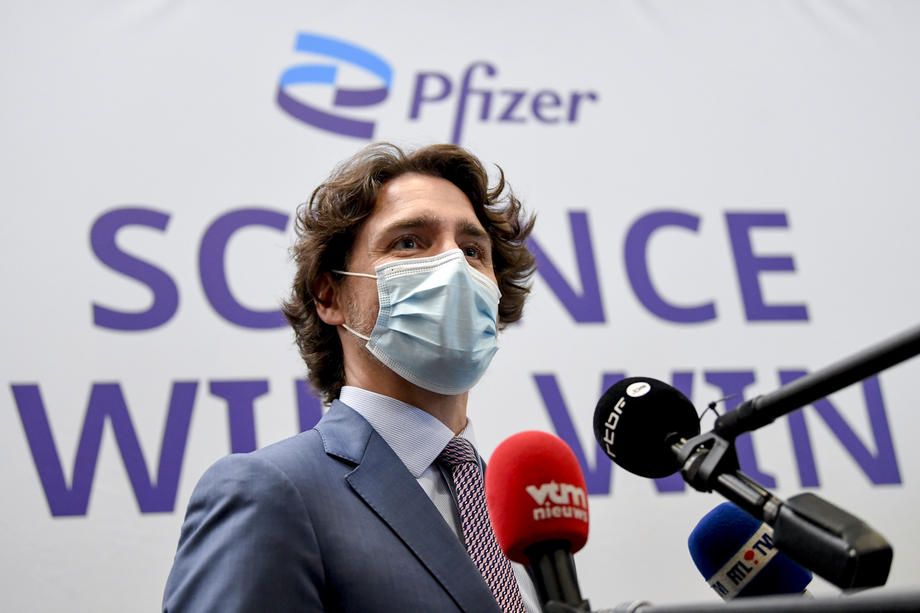 The Prime Minister of Canada Justin Trudeau isolated after learning he had been in contact with a person infected with Covid-19. Trudeau posted the information on his Twitter account.

"Last night I found out that I was in contact with a person infected with Covid-. My quick test result was negative. "I am following the instructions of the Ottawa Department of Health and I will be isolated for five days," Trudeau wrote.

There are over 250 thousand active cases of infected in the country. 87 percent of Canada's population has been vaccinated with two doses.

Meanwhile, a convoy of truckers due to arrive in Ottawa to protest the vaccination of drivers crossing the border has prompted Canadian police to prepare for possible violence, with politicians warning of escalating demonstration rhetoric.

Ottawa Police Chief Peter Sollie said police were in contact with protest leaders, who he said were cooperating and sharing their plans. But Deputy Chief of Staff Steve Bell has expressed concern about "parallel groups" whom intelligence suggests will also take part in the protest.

Truckers protest new requirement for truckers entering Canada to be fully immunized from January 15. The United States has imposed the same requirement on truckers entering the country. The Canadian Truck Alliance estimates that about 15 percent of truckers in Canada - as many as 16.000 - have not been fully vaccinated against Covid-19.