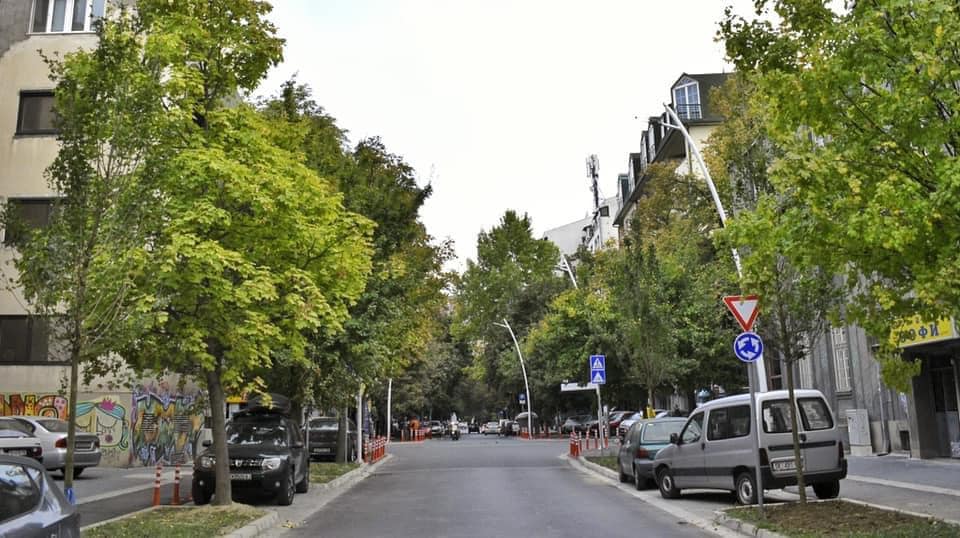 Cameras were installed on Orce Nikolov Street in Debar Maalo, during its reconstruction, but they did not "peek" into the homes of the citizens, because, above all, they were not put into use. And when they are released, it will be done with the approval of the competent Directorate.

- The cameras will be released with a special approval from the Directorate for Personal Data Protection and will be used exclusively for parked vehicles in the public parking lots of PE "POC". Citizens can be calm, because all camera settings protect the personal data of citizens and their privacy - claim the Municipality of Center.

These days, Professor Gordana Siljanovska Davkova reacted that video cameras were attached to the poles, which, according to her, are aimed at the intimate space of the citizens.

- A few days ago, in the spirit of the efforts for a "safe and peaceful city", the twenty striped light gray sticks received eyes, ie two cameras, one of which is focused on the street, and the other is aimed directly at our homes, as if we are in I would like to believe that the focus is accidentally, out of carelessness or ignorance defocused, but to remind the authorities of Article 25 of the Constitution: "every citizen is guaranteed respect and protection of the PRIVACY of his personal and family life - wrote the current MP.

Mucunski: If the citizens want, zone parking will be introduced in Star Aerodrom and Novo Lisice