What are the secrets of the cosmetics you use? 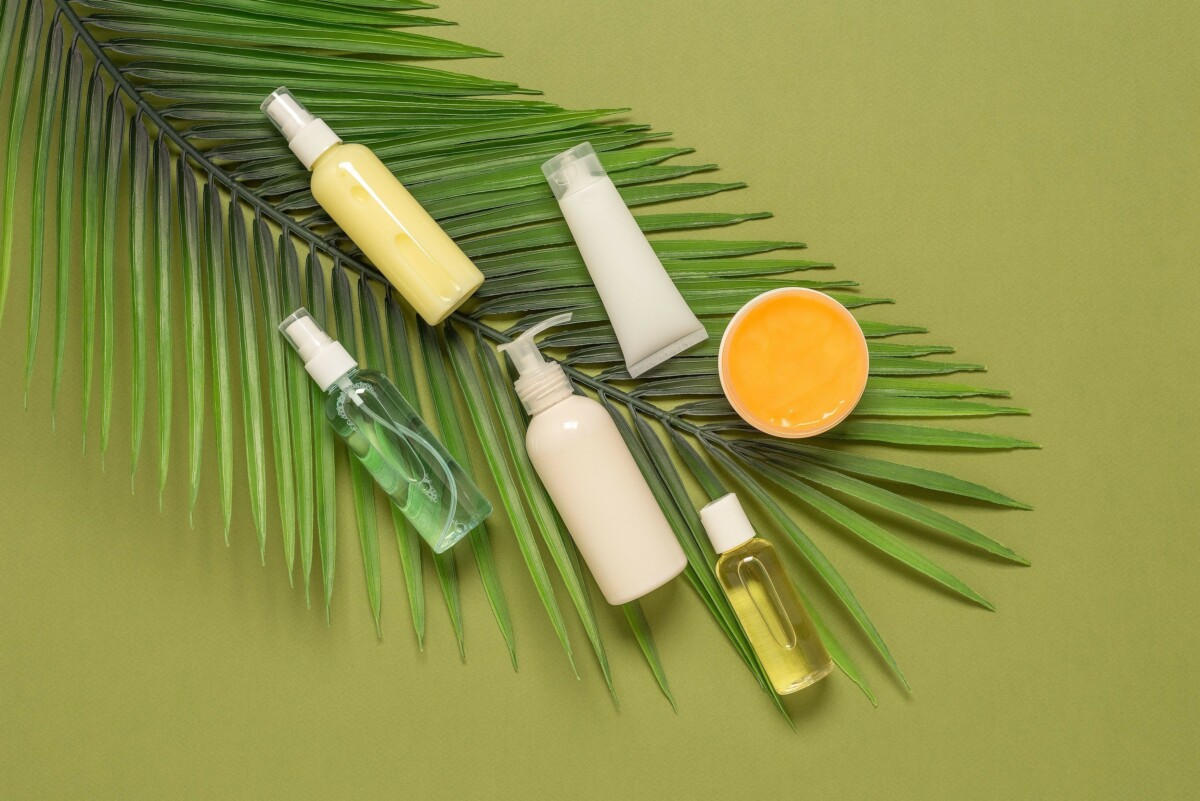 Believe it or not, your cosmetics contain various secrets and even some historical facts. From the make-up of the ancient beauties, through the favorite shade of lipstick to the magical scent of perfume - the cosmetics are more interesting than you could have imagined.

We reveal to you some of the most interesting data from the history of beautification, which will make you look differently at the make-up and cosmetics in your kit.

Not everything that shines is gold

Would you believe that the shiny, glossy particles you see in nail polish, some body or hair care products, and even in lipsticks themselves are actually made from fish scales?

In the past, scales were used to enrich the make-up with shiny effects, as well as guanine, which was used as a means to obtain a reddish color and shiny effect. It is no longer the case, cosmetic companies have found a substitute for these ingredients, but some still stick to the old proven recipes that contain guanine from fish shells!

The most expensive and the best or not?

One of the most expensive spa treatments in the world involves the use of bird droppings! No less and no more, but a bird, though sometimes of bats.

Masks made from these specific ingredients are intended for face and body care. It is believed that these ingredients help the skin to be smooth and supple, but also to have an even complexion. Whether that is the case or not, it is not known exactly, we are not even sure that we would try to make sure, but those who have spent thousands of dollars on it say that it is worth every penny.

Snails are slowly but surely building their way through the cosmetics industry! You've probably heard of snail treatments or creams that contain snail mucus, but much earlier, before they became a trend, snails treated acne and pimples.

Snail plantation workers simply put snail mucus on the inflamed face and pimples, which they collect in a special way and reduce acne. They did the same with large wounds or scars. Later, a rich man noticed this and decided to use snails for various cosmetic purposes.

Are perfumes really that fragrant?

Here we have to mention two interesting things, one of them is considered historical, and is even mentioned in the works of Shakespeare! They say that Cleopatra's perfume was extremely intoxicating and that she felt even miles away! We already know that she was wise, but her cunning went so far that when she was invited to Rome, she dipped the sails of ships in liters of her specific perfume. As her ships approached the shores of what was then Rome, they developed those fragrant sails and so her scent arrived before her, and people, including Mark Antony and Caesar himself, would look forward to it! Shakespeare has described this event in the work "Antonia and Cleopatra", and some experts believe that it really happened.

Another interesting fact is not historical, but it is very specific. There is a special ingredient that makes the perfume last longer after application. That ingredient is Ambergris. It is believed that it improves the very fragrant note of the perfume and makes it last (sometimes) a few days! What is ambergris? Whale secretion! Now you probably think that perfumes do not have to be so fragrant!

Eyebrows - what is the new trend?

Everyone is crazy about the thick and slightly shaggy eyebrows from the last seasons. Thicker, natural look, just a little more shaped eyebrows are the current trend! Just a decade and a half ago, it was completely different, fashion required eyebrows to be thin, almost just a line. And if we tell you that the famous Mona Lisa was not only without eyebrows, but followed the trend, would you believe it?

Experts say that Leonardo painted the Mona Lisa without eyebrows, because at that time it was popular to remove all hair from the face, and from the top of the forehead as well. Maybe we should hope that not all fashion trends return.

Lipstick and lip color is very old, as some experts say, this trend dates back to the Sumerian Empire about 5.000 years ago!

However, throughout history, the nuances have changed and acquired some characteristics, so that in ancient Greece it was considered that lipstick was used only by people of low morals. This will remain so until the era of European nobility, where shades of red were worn by night friends and brighter nobles. Later, that will change, and today the trends go from red to matte neutral shades.

The ingredients from which lipsticks have been made throughout history are, to say the least, very interesting! In ancient Egypt, these were sometimes algae that contained a significant amount of mercury, and therefore there was a lot of poisoning and diseases caused precisely by lipstick. In Mesopotamia, they used no less than precious and semi-precious stones to shade their lipsticks! They would grind jewelry into powder and use it to make lipsticks and lipsticks.

Today, lipsticks are available to everyone, made from proven ingredients that do not harm, but on the contrary often hydrate the skin of the lips.

In the world, make-up is practically always a trend. The first tribes were painted on the face and body with the colors of herbs or fruits, and later of course that will change. For example, the porcelain white complexion, characteristic of Asian beauty trends from centuries ago, contained lead. As a result, many geishas who were known for their unprecedented beauty (the taste of the time) had extremely damaged skin at a very early age, as well as frequent lead poisoning.

The same situation happened with Europe, when light and pale complexion became popular. Vinegar and lead paste were used among European nobles, which, with regular use, led to poisoning, skin damage, and hair loss.

Only the Egyptians did the opposite. They made their eye pencils, for which both men and women are recognizable, from medicinal ingredients. Experts have found a substance in the remnants of their eyeliners that cures inflammation of the eyes and conjunctiva.

A few facts about mascara

Cosmetic giant Maybelline got its name from a combination of the name of the founder's sister and Vaseline! Vaseline was the main ingredient in Maybelline's first mascara.

It is believed that the first mascara was created by Rimel, which is why mascara is so called around the world (Portugal, Romania, Turkey).

This type of eyelash makeup has existed for about two centuries, but in its development, some illegal colors and ingredients were often used, so many women were left with permanently damaged eyesight. Today, everything is very different and all products are pre-tested and approved by public health organizations.

Another interesting thing is that the mascara can still fall apart, ie it expires and its ingredients lose their properties - so if 3 months have passed since the purchase, it is time to replace it!

Everyone already knows that milk is great for skin, hair and can be used for various cosmetic purposes. However, it is not any milk. Donkey milk is considered the most effective, but also goat's and even sheep's milk. Milk is believed to soften the skin, exfoliate gently, reduce blemishes and unevenness of the complexion and affect pimples and acne.

It is known that Cleopatra wanted to bathe in the milk of a donkey and a camel in pools full of this liquid. To get only one liter of donkey milk, it is necessary to milk at least 3 donkeys, which means that for a full pool it took a lot more work. Fortunately, today, the benefits of milk are used differently, through cosmetic products that contain healing ingredients from milk and are available to everyone, not just queens!

Watch out today: November 30 is the luckiest day of the year, control your emotions!

PHOTO | Who is Jack Dorsey? He was a model and masseur, fasting on weekends, wants to become the king of bitcoin on Twitter

PHOTO | From the floral nature of dresses, to quilts and sneakers as hooves at the prestigious British Fashion Awards!

What she is doing today: Aleksandra Janeva, singer

PHOTO | Reality or fantasy: Pinch us, did we dream of Ferka's yard or does it really exist? Yes, there is this beauty!