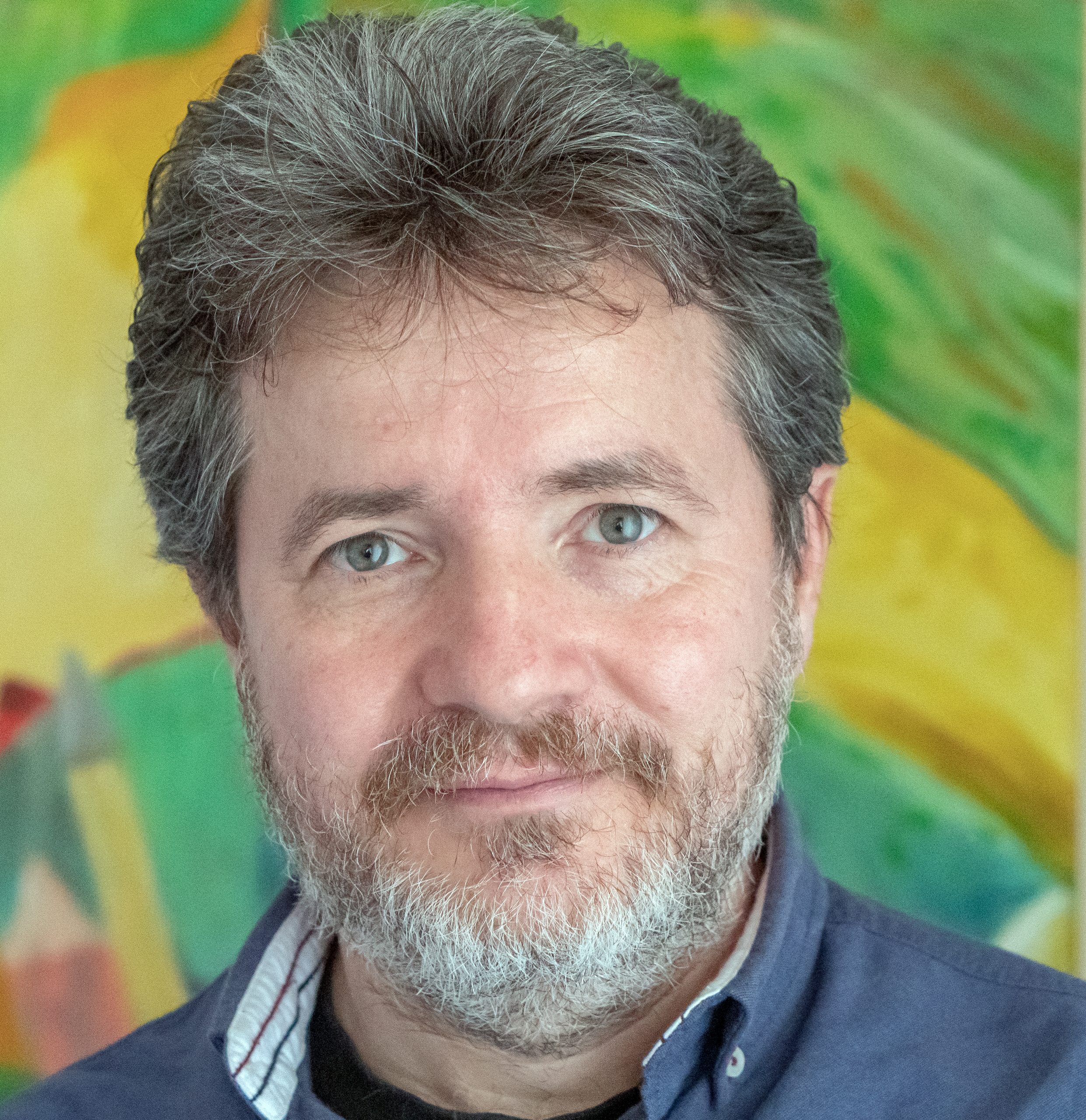 "And they do not understand each other."

Do you remember the election campaign "What is this situation?" And the motto "Only small fish swim in a flock" by the "Macedonian showman" Igor Dzambazov in the turbulent 2002? Despite his television reputation as the host of "Super Bingo", despite the fact that well-known bosses were behind him on the list, the showman did not get even half of the votes needed to become an MP, so 15 years later he resignedly said: "Politics is for people who do not understand themselves as people. "

Of course, Igor Dzambazov is neither the first nor the last actor and singer to have contributed to the extradition of politics. There is a long list of famous actors, showmen and singers who have succeeded in politics. The most famous in the United States are Ronald Reagan (Governor of California and President), "Terminator" Arnold Schwarzenegger (Governor of California), showman Jerry Springer (Mayor of Cincinnati), Clint Eastwood (Mayor of a small town in California), but also Donald Trump (which is the question of whether he would have become president if he had not been known for his show and the phrase "you are fired"). In other countries there are famous actors and entertainers who have become famous politicians: Eva Perронn in Argentina, the Kaczynski brothers in Poland (children's movie stars), comedian Vladimir Zelensky (in Ukraine, where Eurovision star Ruslana also became an MP). Comedian Jimmy Morales became president of Guatemala with the slogan "Neither corrupt nor thief", and left office with major corruption scandals. Showman Slavi Trifonov also won the first term to form a government, but his futuristic offer for a Macedonian astronaut in space did not receive support. However, the most interesting political offer was made by the former porn star Cicolina, who as an Italian MP in 1991 offered to have sex with Saddam Hussein, just to have peace in the region.

Extradition on the Macedonian political scene is not a new phenomenon, at least in the context of local elections. The famous musician-accordionist Jove Kekenovski became first vice-president of the Assembly of the City of Skopje (1991-1993), and then mayor (1995-1996). Then, in the column "Cafe Skopje", Goran Mihajlovski will write about the mayor, musician and caterer, President of the Executive Board Ljupco Nikolovski Fufo: "Kekene and Fufo, as an accordionist and a bar owner, will be a wonderful combination. "There is a bar, there is music." Fufo did not become mayor in 1996 (with the slogan "vote for a person, not for a color"), but his vision "most of all would make Vardar a navigable river" resonates today.

There are many other examples of extradition on the political scene in our country. Actress Biljana Belicanec became mayor of Kisela Voda in 2013, and actress Jelena Zugic is a councilor in the City of Skopje. Previously, the actor "Comedian" Blagoja Coreski was Deputy Minister of Culture (1998 - 2000), as well as President of the Assembly of the City of Skopje (2005 - 2008). We remember the actor Krsto Jovanovski as an MP, but also the singer Esma Teodosievska Redzepova as a councilor in the City of Skopje. Opera singer Igor Durlovski first forcibly entered the Parliament on April 27, and then became an incumbent and MP, and resigned from the "parliamentary seat". The famous showman Rade Rogozharov was a candidate for mayor of Stip in the League for Democracy in 2005. Actor Vladimir Taleski "Dvojce" has been mayor of Bitola several times - he is now initially sentenced to prison for embezzlement, and faces new charges of illegal public procurement. The Bitola bodybuilder Zoran Lazarevski-Paljo also has show qualities, who has now announced that he has again collected signatures for an independent candidate for mayor. In 2013, political exhibitionist Paljo did not enter the run-off, urging his constituents to trust Dvojce - even though he was a favorite target for a showdown.

"Paljovization" of the local elections 2021

The popularization of society - the transformation of culture, media and politics into "show business" - is a process that should not be underestimated, as is pop music - a lucrative business with its own stars, managers and business interests. The candidates for mayors of Skopje - the actor and musician Petar Georgievski - Kamikaza and the singer Beni Shaqiri, as well as the candidate for mayor of Kumanovo - the actor and showman Toni Mihajlovski - will undoubtedly contribute to the extradition, trivialization and "palivization" of the local elections 2021. What the three candidates have in common is that they have so far actively participated in political campaigns. Petar Georgievski has already publicly boasted that the team from his company had made campaigns of Sali Berisha, Rugova, Vasil Tupurkovski, Branko Crvenkovski, Ljubco Georgievski… Beni Shaqiri regularly performed as a singer in the election campaigns of SDSM, and the rallies of the president of Stevo Pendarovski. Toni Mihajlovski has participated in the rallies in the presidential campaign of Ljube Boskovski in 2009, in the rallies of "United for Macedonia" in the election campaign in 2011, and later in the pre-election rallies and conventions of VMRO-DPMNE.

Another thing that Beni Shaqiri and Petar Georgievski have in common is that they persistently present themselves as independent and non-partisan candidates, even though they are candidates of political parties that did not collect civic signatures. Beni Shaqiri even publicly said "I have never been interested in politics, and to this day I am not interested in politics", and Petar Georgievski - Kamikaze a few days before announcing the party support from the Left, announced statuses against the "party color". This "pop" political maneuver of pretending independence and non-partisanship is also applied by the candidate Danela Arsovska, who was initially announced by party sources as "a possible candidate for mayor of the City of Skopje from the ranks of VMRO-DPMNE", then collected civic signatures, and she is now a regular guest at VMRO-DPMNE party rallies.

Political extradition relies on political exhibitionists as an offer to political voyeurs, rather than a concrete offer of policies and action plans at the local level. Extradition is a symptom of a lack of an appropriate political offer from parties offering candidates with entertainment skills to communicate with voters.

But are pop music communication techniques effective in the Macedonian political context? In 2011 we witnessed that the pop campaign "Neither snake nor donkey, but LDP" experienced a fiasco during the first dance in Kratovo. Even the viral videos with dancing skills did not help Gordana Siljanovska to become the first woman president of the country in 2019. Even Igor Dzambazov's mega-popularity while leading "Super Bingo" did not help him become an MP in 2002.

Will the extradition help the candidates for mayor of the City of Skopje? Unlikely, because the City of Skopje is neither a rock band, nor a theater or concert stage, nor a music production, nor a pop show, nor a service chamber! In the fight for mayor, Skopje residents expect specific political offers and programs, instead of "pop stars" who in the first performances showed that they do not understand politics or the competencies of the city. And Macedonia is neither Bulgaria nor Ukraine, so there are small expectations that someone will profit from political extradition, as Slavi Trifonov or Vladimir Zelenski did.

Catch the pig, Christmas is coming in ten days!