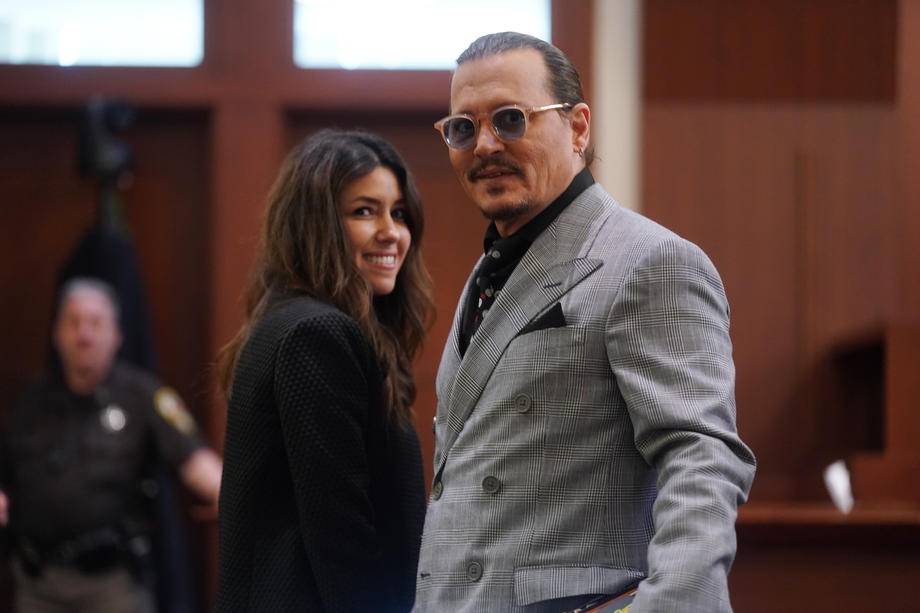 Millions of viewers around the world are watching the legal battle between the ex-spouses Johnny Depp и Amber Herd, but these days the main star of the trial is undoubtedly Depp's lawyer, Camilla Vazquez.

The young lawyer from California attracted the attention of the public and gained many fans around the world with her sharp legal style, and even T-shirts with her face started to be printed, and the hashtag with her name spread widely on social networks.

The video, in which Vazquez repeatedly interrupts Amber Heard's lawyer to file a complaint, garnered more than 5.7 million TickTock views in just a few days.

The viral video has even prompted many users to make parodies on social media. Together, TickTock videos using the hashtag "#CamilleVasquez" garnered hundreds of millions of views.

"I'm still a fan of Johnny Depp," reads one of her many tweets. "But now I am also a big fan of Camilla Vazquez.

"One of the best lawyers"

Born in San Francisco to Cuban and Colombian parents, Camilla Vazquez graduated in 2006 from the University of Southern California and in 2010 from the University of Los Angeles. For the past four years she has been an associate of Brown Rudnick, a renowned law firm hired by Johnny Depp to represent him in his case.

She is one of nine lawyers from the company involved in the lawsuit. In 2021, she was named one of the best lawyers in the Best Lawyer One to Watch magazine. Camilla specializes in litigation and arbitration, with an emphasis on prosecutors' representation in defamation cases, as she does for Depp.

During a two-day cross-examination, Vazquez tried to cast doubt on Amber Heard's story about her troubled marriage to Depp, hoping jurors would see inconsistencies in her claims.

"A tough battle for Amber Heard"

"You's the one who attacked someone with a bottle in Australia, aren't you, Mrs Hurd?" Vazquez asked.

She also questioned her about the seven million dollars Amber had previously promised to donate to charity, accusing her of editing her bruise photos and, in one case, suggesting that her success owed in part to Depp. .

It remains to be seen whether Vazquez's popularity will turn into a success in the courtroom.

"It is difficult to know whether the reaction of the public on the Internet is the same as that of individual jurors," Halim Danidina, a former judge, told the Daily Beast.

He concluded, however, that Vazquez's popularity suggests that for Amber Heard, this trial is a battle that will be difficult to win.

There was speculation about the lawyer's relationship with Depp, but…

There have been reports in the media these days that Depp fans think the actor may be in a relationship with the lawyer, and rumors have prompted photos of the courtroom where Depp and Vazquez hug warmly.