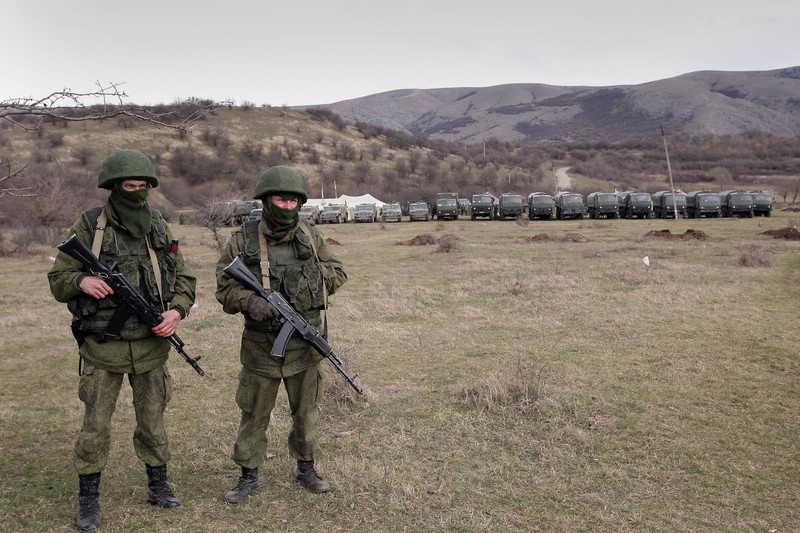 Severodonetsk is completely under Russian occupation. The Russians have appointed a commander for the area, the head of the city's military administration said today Alexander Strick. At the same time, attacks on neighboring Lisichansk are intensifying.

Although the invasion of southern Ukraine lasted much longer than planned and ended in heavy losses for the Russian army, it seems that the commanders of the Russian army, based on the mistakes of the south, have now devised a strategy for the east.

"The city is so devastated that it will be difficult for people to cope with this situation," Strike said.

Serhi Gajdai, The top military commander in eastern Ukraine says the army has decided to evacuate "because the death toll in unidentified territories could rise every day".

The latest figures from the front show that more than 90 percent of the Luhansk region is under Russian control, and the situation is similar in the neighboring Donetsk region.

What is the reason for the rapid advance of the Russians?

The reason for the rapid progress in the East is the fact that Russian troops are learning from the mistakes they made in the early stages of the war, or as Moscow calls it, "special military operations" in Ukraine, which primarily involve better coordination of air and ground attacks, such as and improved logistics and the formation of battle lines.

Although many Western countries continue to supply weapons to Ukraine (the United States recently sent HIMARS rocket launchers), there is currently no indication that the weapons will drastically change the situation on the ground, in part because the rocket launchers sent so far have limited range and number of missiles. shot. In addition, Russian forces managed to destroy some of the new heavy weapons that the West sent to Ukraine, including M777 howitzers.

As Governor Sergei Gaydai himself said - the bloody battles in North Khodrovsk and Lisichansk are expected to end soon with a scenario that is not favorable for Ukraine.

Mistakes of the Russian army

Russia's first mistake in the beginning was to underestimate the resistance and capabilities of Ukraine's smaller armed forces.

Russia has an annual defense budget of more than $ 60 billion, compared to Ukraine's spending of just over $ 4 billion. Much of Russia's investment has been spent on its vast nuclear arsenal and experiments, including the development of new weapons such as hypersonic missiles.

Although Russia built the most advanced tank in the world - the T-14 Army - and it was seen at the Victory Parade in Moscow on Red Square, the tank "disappeared" from the front in Ukraine. Most of the arsenal that Russia has sent to the field consists of older T-72 tanks, armored personnel carriers, artillery and rocket launchers. At the beginning of the invasion, Russia had an obvious air advantage, as fighter jets moving near the border outnumbered the Ukrainian air force by more than three to one.

Most military analysts had predicted that the attacking force would quickly gain superiority in the air, but this did not happen. Ukraine's air defenses continue to be effective, limiting Russia's ability to maneuver. Moscow also assumed that its special forces would play an important role in helping to deliver a swift, decisive blow.

The key is in procurement and logistics?

Russia, meanwhile, has struggled with basic necessities during the war. There is an old military saying that amateurs talk about tactics while professionals study logistics, and many analysts believe that Russia has not paid enough attention to this.

The armored columns ran out of fuel, food and ammunition. The vehicles broke down and were abandoned and then towed away by the Ukrainians with tractors.

So Western officials also believed that Russia might be running out of ammunition. Contrary to this claim, Russia had a steady stream of weapons that the West did not notice while trying to secretly deliver weapons to Ukraine faster.

With all this in mind, the situation led to painful battles in the South, which resulted in the conquest of the port city of Mariupol. However, instead of continuing further south, Russian troops diverted their attacks to the east, particularly to Nordic and Lisichansk.

As it looks now, these cities will soon fall under Russian control, precisely because of better coordination of attacks and increased logistics on the ground, which even Western weapons have failed to threaten.