How Newborns See: Their Perceptual Memory is Very Interesting 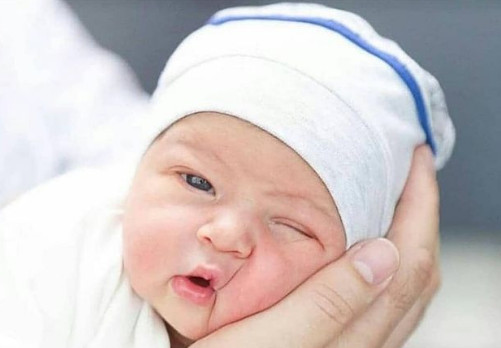 At one time, a photo was very popular with a dress that was debated whether it was white, gold, blue or black. They all had different assumptions and perceptions, or a single eye.

If babies could talk, they would probably have arguments about what they see, even though the developing baby's brain and the adult's brain function differently when they see pictures.

According to an article published in Scientific American, we adults have a constant perception, and babies under five months do not. Their vision develops month by month, and through the perceptual constant they can recognize different shapes, silhouettes or surroundings in different lighting conditions.

Because newborns could not describe what they saw, the team measured how long the baby remained in the photograph. If the baby sees less time in one picture than the other, it means that he thinks he has already seen that picture and should not look at it for a long time. But if the baby sees the second picture with the same deadline as the first, it means that he considers both photos interesting, and for him both photos are equally "new". Interesting perception, right?

"The loss of sensitivity to information and its variants that we experienced as babies has created an inaccessible gap between us and the physical world. At the same time, in accordance with our perception and our environment, this type of cognition creates efficient and successful navigation, even if part of the reality remains forever out of our reach, "said Professor Suzana Martinez-Conde in the article.

"I was raped by a friend, I was silent because of this": Serbian fashion designer talks about trauma

One symptom occurs when you speak, and if it lasts too long it can point to cancer

Short and clear! Lepa Brena revealed the truth whether she will build a ski resort and a hotel over Sarajevo

PHOTO | Antonia Gigovska topless: The beautiful singer in the most provocative edition so far!

What to Eat Today, Epiphany: Housewives serve this meal in honor of Jesus Christ