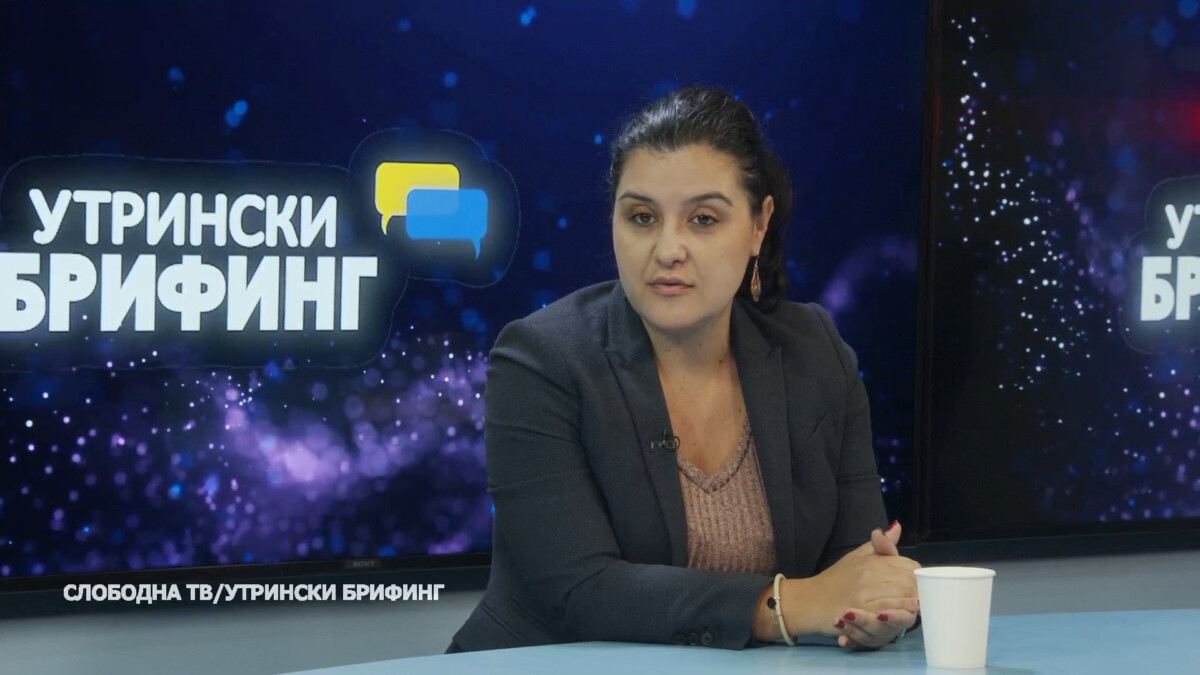 Without the impetus that the negotiations should give, it is very difficult for us to mobilize inside to improve the situation. We need to build our own strategy on what are the national priorities in terms of EU accession because this process, even if we start negotiations, will take a very long time. Priorities should be strengthening the capacity of the administration and cross-sectoral communication, said the director of the Institute for European Policy - EPI, Simonida Kacarska.

-Apart from seeing a fatigue in enlargement we are traditionally good at compliance we have a 20-year portfolio of the Stabilization and Association Agreement (SAA). It is clear that without an impulse that the negotiations should give, it is very difficult for us to mobilize inside to improve the situation. We recommend much more to use the SAA, as the instrument that still represents the legal framework between the Republic of Northern Macedonia but also in the region in terms of relations with the EU. At the formal level, our relations are defined through that agreement and we should address how we can better use the opportunities offered by this process. On the other hand, we recommend a longer-term planning in which we will not depend on every June and December. We must build our strategy in terms of what are the national priorities in the short, medium term because this process and if we start negotiations will take a very long time, Kacarska said in a press conference in the context of today's conference on "Between reports, progress and compliance - how to get a substantial quality process of adoption of the EU acquis" organized by EPI.

Regarding how we stand with the chapters regarding the fulfillment of the political criteria, Kacarska notes that these criteria, which are now collected in the Chapter Foundations, and to which new areas such as the functioning of democratic institutions and public administration reform have been added, are not clear. will be assessed by the EC, especially in relation to the first and that is why it is necessary, he says, to create our own agenda.

- This year the Commission released a set of indicators that it may use, but it is also clear that the EC tends to use these third indicators but we still do not know in what context. That is why it is very important to create our own agenda. We undoubtedly stand well in the judiciary. We started very early. We made some of the discussions in Serbia regarding the constitutional changes in 2005. We must realize that we are a country that started at the beginning and it is not surprising that we have a good grade in Chapters 24 and 23. However, it is extremely important that we set our priorities there. It is clear that the Commission recommends the start of negotiations for the phase we are in, we would have a good start, but we must influence ourselves, the whole society, all stakeholders to be able to move things beyond that phase at the very beginning of the negotiations. , says Kacarska.

According to her, there is no doubt that, in addition to the Temeli cluster itself, there is an obvious weakening of capacities, weakening of coordination, especially in terms of utilization of EU funds and investment of capacities in those administrators, the elite that should lead the process. will last, and it is necessary to enable those people to have continuous progress and quality and training that we have not yet determined.

-Priorities should be capacity building and cross-sectoral communication. The EU does not work in isolated environments, but works in public policies that require the coordination of many institutions at the same time, emphasizes Kacarska.

In light of the growing enthusiasm for reform due to the uncertainty of the start of negotiations by the end of this year, due to the Bulgarian veto, but also during the next French presidency due to the presidential elections in France in April, she reiterates the importance of her own long-term strategy. will not be tied to deadlines.

- We must build our priorities in the context of European accession and learn to build a national agenda complementary to that of the EU and look at it in the longer term, than what is said in December or June. It is difficult, but if we build a strategy for where we want society to be for a certain period, we have to do it this way. Undoubtedly, it would be better if we have the example of the eastern enlargement in which the countries closed the negotiations in seven years. That is the best option, but we do not have it on the table, we will not have it and we have to face the reality that we have to build a concept that will last in the long run, the director of EPI is decisive.

Von der Layen to Kovacevski: I look forward to working with your Government

French "LesEcho": End of the political crisis in Northern Macedonia

The newly elected Government is holding its first session this afternoon

The Medical Chamber demands that the bullies of doctors be sanctioned

Where did the reduction of the price of PCR tests get stuck, the HIF with its own version