Kacarska appeals for the election of new judges 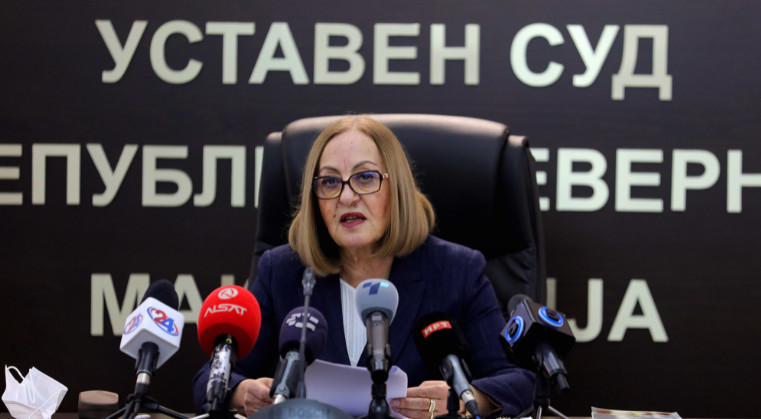 The President of the Constitutional Court Dobrila Kacarska / Photo MIA.mk

She warned at today's press conference that the non-election of new judges will cause an imbalance between a possible attack on the constitutional order and its protection by the court.

- In the name of the Constitution and its uncompromising respect and protection, I ask and appeal to the Assembly to elect new constitutional judges because they will question the legitimacy of future decisions, but of course the quality, and especially the trust of citizens in the Constitutional Court, which means loss of trust in the legal system, stressed Kacarska.

To have a decision, he said, at least five judges are needed, but no one can guarantee that all five will be unanimous in decisions, and it is not a rule because quality decisions are based on debate, different opinions and interpretations.

- The situation will be serious if the court is brought to decide in several exceptional situations that require a two-thirds majority, ie six judges, it is a case of immunity and responsibility of the President and election of the President of the Constitutional Court. This situation is already having a negative effect on the work of the Court. In the past period, 11 cases were completely postponed, for which a full composition is awaited. The Rules of Procedure of the Government, cases for freedoms and rights, law on Public Prosecutor, law on taxes on motor vehicles for the tax on consular representatives, law on assessment, decision on the addition of MPs, DUP Gostivar, law on obligations, law for higher education, etc., informs Kacarska.

After the EC gives a deadline for the start of negotiations, Skopje says there will be a solution only with protected national interests

Today is celebrated: The Miracle of the Holy Apostle and Evangelist John