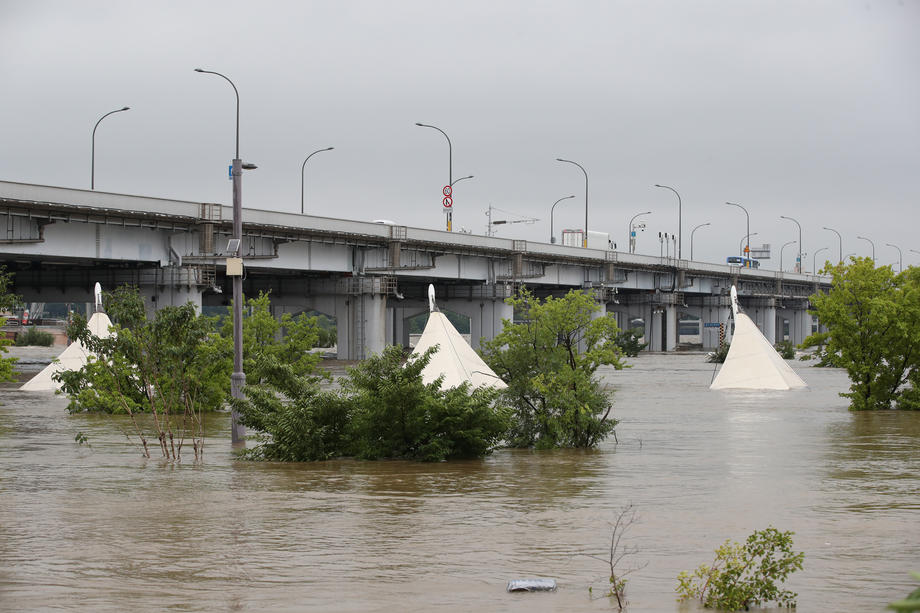 North Korea has released water from a dam near its border with South Korea, forcing the neighboring country's nearby population to evacuate due to rising water levels on the Imjin River, South Korean officials said today.

The water level at a river bridge in the southern border district of Yeoncheon rose above one meter yesterday afternoon, forcing people living along the river to evacuate, the government in Seoul said.

"It appears that North Korea has released water from its Hwangang Dam," said an official at South Korea's Unification Ministry, which deals with relations between the two countries, British media reported.

South Korean authorities sent warning messages to residents of this region and ordered them to evacuate to a safe place.

It is not yet known how many people have had to leave their homes after the suspected release of water, and it is reported that the water level is now receding after exceeding 1,6 meters, British media reports.

North Korea has been making efforts to reduce flood damage from recent heavy rains, and Seoul has repeatedly urged the country to give notice before releasing water from the dam, as the river flows through Yeoncheon, but there has been no response from Pyongyang so far.

The release of water from the dam in 2009 led to flooding that killed six South Koreans, British media added.