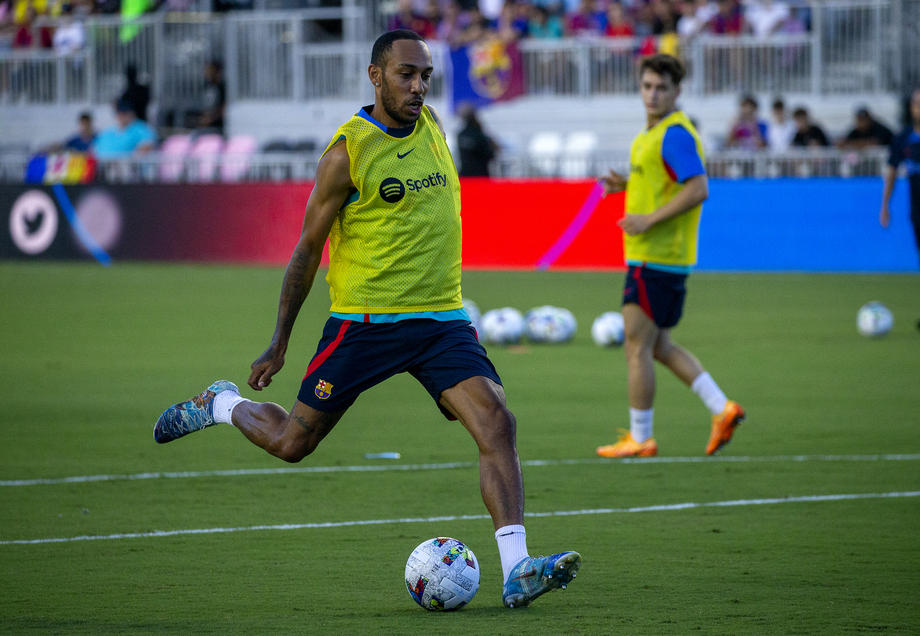 A disastrous start to the season in the Premier League has made the leaders of Manchester United return to the transfer market in search of an elite striker.

For the Gabon national team player, the biggest interest besides United is expressed by Chelsea, who are also looking for a striker after being without Romelu Lukaku and Timo Werner this summer.

Barcelona urgently needs money to be able to register the reinforcement from Sevilla, Gilles Cunde, who did not play in the first round against Rayo Vallecano.

Barcelona president Joan Laporta expects to collect 20 million euros from the sale of Aubameyang, a sum that United are willing to pay.
In the first two rounds, Manchester United suffered two defeats, against Brighton (1:2) and Brentford (0:4), and the poor play and poor execution of the attackers was noticeable.

On the other hand, Chelsea is looking for a new striker after the departure of Lukaku and Werner, and manager Thomas Tuchel insists on Aubameyang because he had a great collaboration with him in Borussia Dortmund.