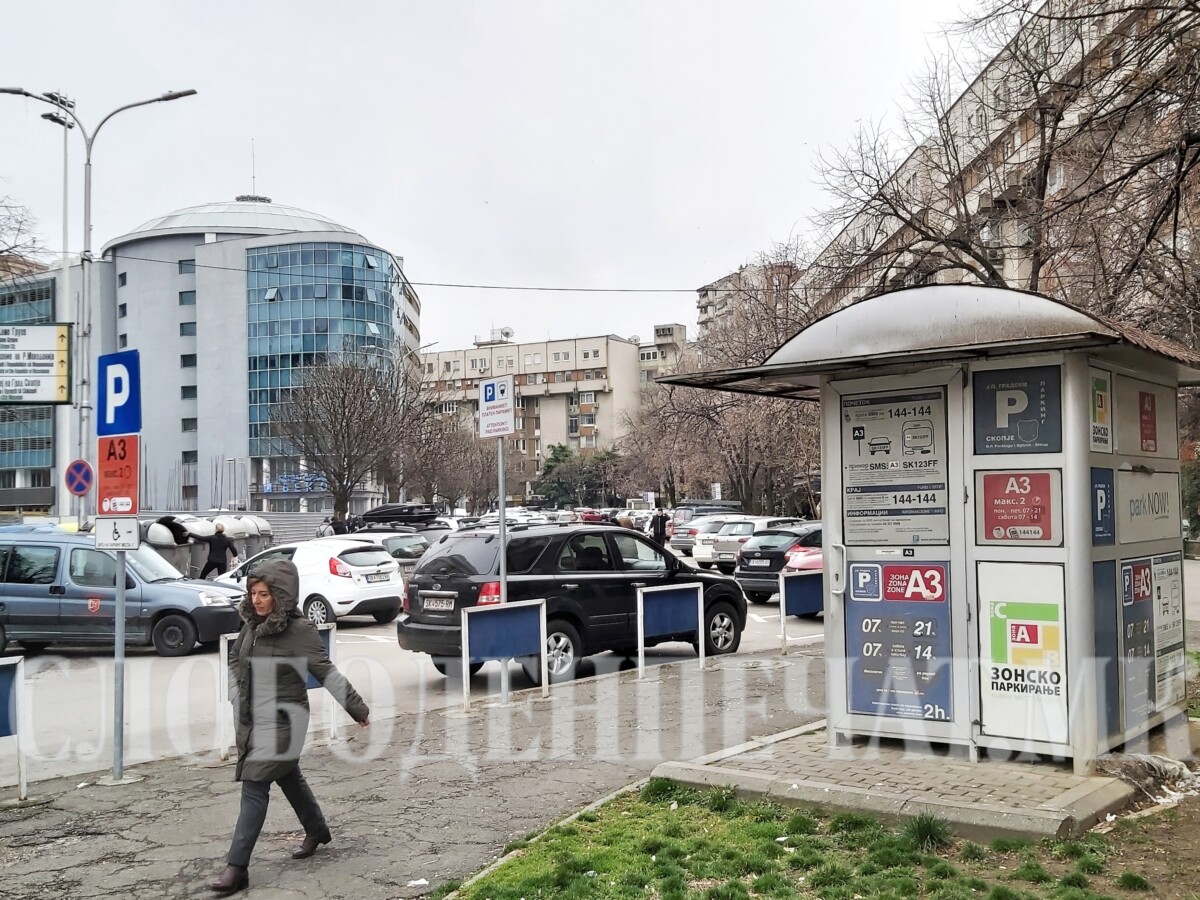 In the first three months of the year revenues from toll collection of public parking lots of PE "City Parking" increased by about 2,3 million denars compared to the same period last year. As specified in the Report on the operation of the company for the period from January 1 to March 31, 2022, the income in the closed parking lots has increased by about 1,5 million denars, and in the zone parking lots by about 825 thousand denars. The largest increase in revenues within the zone parking, as stated in the Report, is recorded in parking subscriptions and surcharges.

Income higher than in the same period in 2021 was realized from the payment for parking in the multi-storey building garage "Beko", while the garage revenue "July 26 " are reduced by about 94 thousand denars, which according to PE "City Parking" is due to the fact that "Beko" has a better location, ie it is located in the center of the city.

The director of the company Bojan Hristovski, at the last session of the Council of the City of Skopje, at which the Report was adopted, stressed that there is an increase in revenue in April this year compared to April last year despite parking prices reduced by 25 percent.

Unlike parking lots, Sector - Spider in the first three months it generated income of 2 denars, ie 359 denars less than last year. This income was realized from the collection for 203 vehicles, and in the same period last year 2 vehicles were picked up or started.
PE "City Parking" estimates, and the director Hristovski complained about that several times, that the decline in revenue in this sector is due to insufficient cooperation with the Ministry of Interior regarding the collection of illegally parked vehicles.

Karposh is "patching" potholes on the pedestrian path of Partizanska, although this is not a municipal responsibility