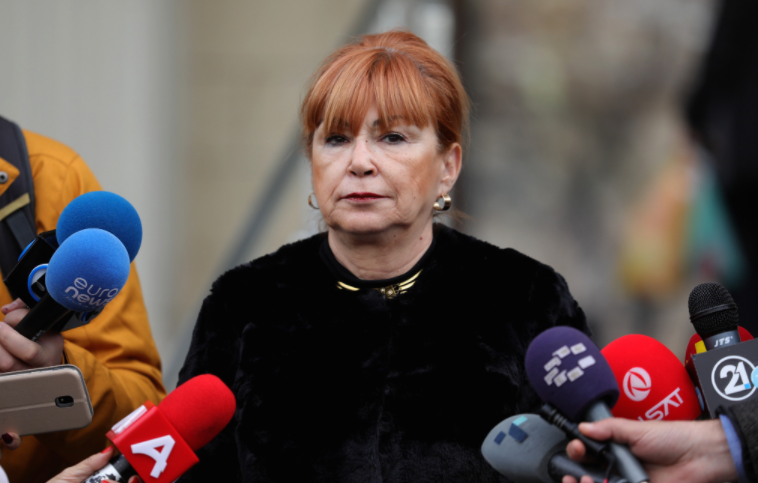 The Public Prosecutor's Office announced that a proposal for disciplinary proceedings was submitted against three prosecutors, who deliberately committed a major professional error.

"At the same time, based on Article 81 of the Law on Public Prosecutions, the Public Prosecutor of the Republic of North Macedonia passed a Decision on the removal from office of one public prosecutor while the criminal proceedings initiated after a criminal report was filed against the said prosecutor continue," the statement said. .

A1on published that the three prosecutors against whom disciplinary proceedings have been initiated are the head of the Public Prosecutor's Office for Prosecution of Organized Crime and Corruption, Vilma Ruskovska, as well as her colleagues Ivana Trajceva и Elizabeta Josifovska. Ruskovska confirmed the information about the opening of the procedures.

According to the law, the public prosecutor Ljubomir Joveski has the right to make a decision to remove a prosecutor from the prosecutor's office, in several cases, including if a major professional mistake is made deliberately or unjustifiably.

After a complaint was submitted to the prosecutor's office for an illegal search in the Financial Police, two prosecutors from the Public Prosecutor's Office of the Republic responsible for supervising the Prosecutor's Office for the Prosecution of Organized Crime and Corruption conducted an inspection of the case, after which they prepared a report stating that there were irregularities in the handling of the case . Three days after drafting, it was delivered to the Financial Police and the public.

The petition states that Trajcheva and Josifovska were incompetent to act on the case, because they are not part of the team of prosecutors who determine the responsibilities of persons with police powers. Then, it is pointed out that the search was carried out even though there was no evidence in the files of a well-founded suspicion of a committed crime, but only a criminal report. It also states that Trajcheva did not provide information to the Public Prosecutor's Office, even though it was requested of her. The search warrant obtained from the Criminal Court is said to have been obtained by providing false information, "A1on" reminds.

The case was a reason for a long time fights between Joveska and the director of the Financial Police, Arafat Muaremi, and Public Prosecutor Joveski said last week that "he will not tolerate illegal behavior".

Mickoski for "Broilo": Serious trade in influence of Kovacevski and his godfather

Bochvarski: The information about my departure from office is speculation

Kaevski: Hydro Micko should give the electricity from its hydro plants to the citizens for free

Mickoski offers help to get out of the crisis, but he will not present it to the Economic Council

Shaqiri expects the textbooks to be printed during October and November

Bitici: Most of the unemployed are without primary education, the future is in secondary vocational schools