Jani Bojadzi wants to prevent the recognition of Gorjan Tozia, with insults and accusations against the recently deceased producer 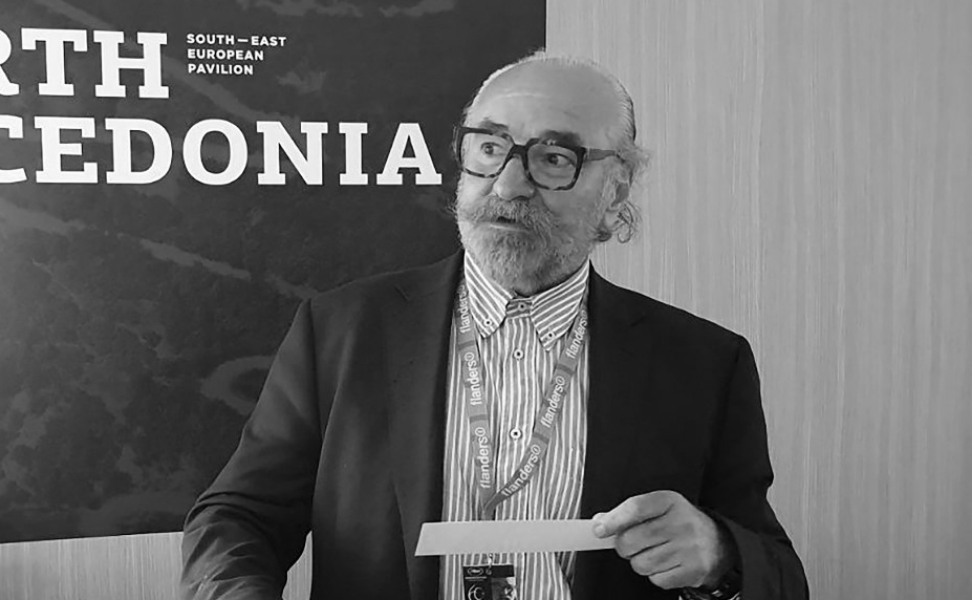 The director Jani Bojadzi on his Facebook profile, he asked the mayor of Bitola, Toni Konjanovski, to make an effort and do everything in his power not to be awarded the recognition for exceptional contribution to Macedonian cinema "The Great Star of Macedonian Film", which the International Film Festival "Manaki Brothers" camera this year decided to award it posthumously to the recently deceased film producer and former director of the Film Agency, Gorjan Tozija.

Bojadzi, who says that the municipality finances part of the festival and therefore should prevent the awarding of the award, in a post on Facebook presents a series of insults and accusations towards Tozia, but also towards the management of the festival. Due to the authenticity of the statement, we are quoting his views in full:

– This is the "red baron" of the self-styled communist film elite. Tozia is the man who invented the people and their film productions who, through Crvenkovski's cabinet, financed the Nadezh 1 and Nadezh 2 projects which were the basis of the Colorful Revolution, in which he, his "children" and their fathers were the main apologists and apologists, and today are the promoters of their northern republic. Tozia is the man who created film apartheid when, as a follower of Zaev, he became the director of the Film Agency, and he personally wrote off almost two dozen projects of their political dissidents, not to mention Vmrovci! Tozia obstructed the "Macedonia" project, and his pullen keeps the "Red Poet" series dedicated to Kocho Racin in the bunker. Tozia is the man who financed the semi-projects of the self-styled producers and directors who are now giving him an award from the position of masters of the DFRM. For what he has done for them they should gild him, if I ask. But giving Gorjan Tozia this kind of recognition within the framework of "Manaki" probably leads to the fact that the pro-fascist Bulgarian Philistine lobby of the DFRM will also award Leni Riefenstahl next year, for her contribution to documentary cinematography. The woman beats her for that, it's okay, it's proven! I don't care about this "private coupon", except for one thing: this nonsense is also financed by the Municipality of Bitola! If Mayor Toni Konjanovski pays and supports this, I will experience it as the biggest blow to all of us, the only ones who are fighting against the biggest evil of the communist government - discrimination and complete deletion of us and our works from the programs of the Film Agency, started and established with this very man. And of course, half of the attached biography is fake and is a simple communist propaganda for works that are not theirs or in which they have no personal achievement, from "Before the rain" to "Honeyland". I repeat, if this is supported and paid for by the Municipality of Bitola, I don't know what force will make me share any idea with the party that promises reforms and changes. If this is allowed, this is the beginning of the end of anything. Reforms should start today and changes tomorrow. You promise change. Here is your first opportunity.

Gorjan Tozija-Medo died in January of this year at the age of 68. He was a film producer, and in his career he held the positions of state secretary in the Ministry of Culture and adviser in the Cabinet of President Branko Crvenkovski.

Tozia was also the president of the Society of Film Workers (DFRM), and in 1993 he became the director of the state producer "Vardar Film". During that period, "Vardar Film" filmed the films "Before the Rain", "Angels of Waste", "Across the Lake", "Gypsy Magic", and participated in the realization of two Hollywood films that were shot in Macedonia, "Mirotvorec" and " Welcome to Sarajevo."

In 2017 he was appointed acting director of the Film Agency.

Blagoja Chorevski is a laureate of the "Vasil Iljoski" award

Seraphim Fimco Muratovski died - one of the doyen of the Macedonian music, opera and ballet scene