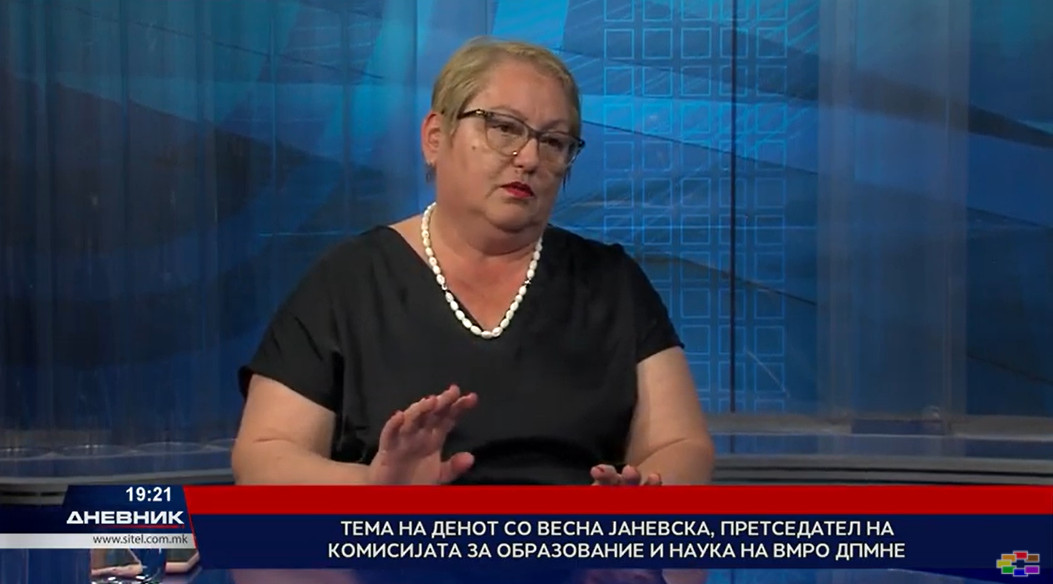 Vesna Janevska, Chairwoman of the Commission for Education and Science of VMRO-DPMNE / Photo: Screenshot / Sitel TV

It seems that all stakeholders in society and citizens have forgotten why the teachers' strike started. The teachers' strike started because they demanded leveling of their salaries according to the minimum wage in the country, and that did not happen and that is why I think they have been manipulated. The agreement between SONK and the Government is not appropriate to their demands, says Vesna Janevska, chairwoman of the Education Commission of VMRO-DPMNE, regarding the agreement between the government and the union that came after almost three weeks of strike of employees in educational institutions in Macedonia , who, in addition to raising wages, also demanded leveling of wages in accordance with the increased minimum wage.

She in today's guest appearance in the central Dnevnik on Sitel TV in "Tema of the Day", said that the agreed salary increase of 15% will be on their minimum salary which is 14.754 in primary education and 15.288 in secondary education, and not on a salary harmonized with minimum, which was one of their key requirements.

She added that the way this agreement was reached was even more humiliating for the educators, because the Law on Reconciliation and Peaceful Dispute Resolution should have been applied before the general strike, and not after it.

She added that the Government did not implement this law because until the last day they did not believe that there would be a teachers' strike, but after seeing that there has been a protest for three weeks, and the end of the school year and graduation is approaching, they decided to apply this a mechanism that, in any case, should have been used before and not after the start of the strike.