Sources for "Free Press": In the French proposal there are changes in the direction of our views 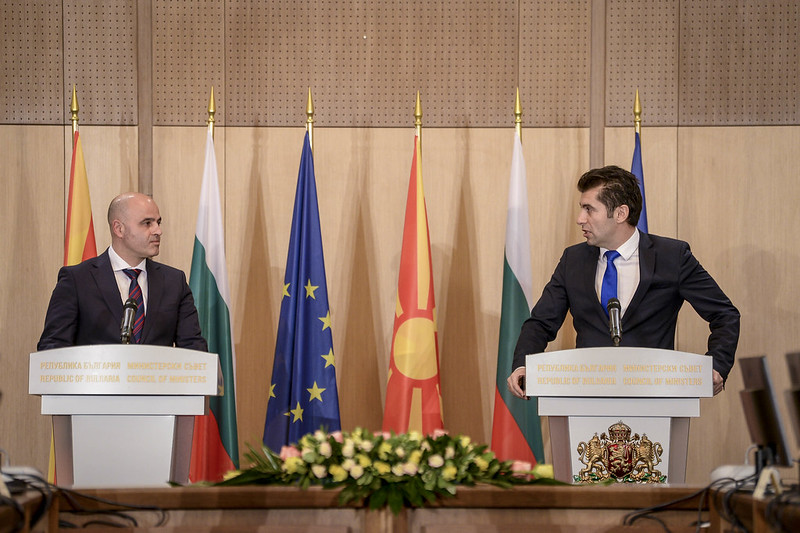 Dimitar Kovacevski and Kiril Petkov / Photo: Government of the Republic of Northern Macedonia

Unofficially, the document states a purely "Macedonian language" in the EU, and the Protocol and historical issues are not part of the negotiating framework.

After it was first harmonized among the member states of the European Union for days, and then went through a procedure through the Bulgarian National Assembly, the official document containing the so-called French proposal for resolving the dispute between Sofia and Skopje and starting negotiations for North Macedonia's membership in the EU , this afternoon arrived in the Macedonian Government.

According to sources of "Free Press" in the negotiation process, Kovacevski's Macedonian NO in Brussels gave results, ie there are changes in the text that are in line with our views, proposals and remarks.

"As we see, this proposal initially takes into account our positions and requirements. "This proposal will be put to a wide consultation," the sources told Sloboden Pecat.

Unofficially, the document states a purely "Macedonian language" in the EU, and the Protocol and historical issues are not part of the negotiating framework.

Prime Minister Dimitar Kovacevski a week ago at the EU-Balkans summit in Brussels rejected the then-presented version of the French proposal, assessing that in that form it is unacceptable.

"All 27 countries, all 27 leaders who have joined the Union, have all proudly joined with all their diversity and with full respect for their own and others' linguistic and historical differences. None of this was problematic on the European path. That is what we want, nothing more, nothing less. Respect for the linguistic, cultural, ethnic and historical identity of my people. "Let us join the Union proudly, together with all EU members, together with all EU nations and meeting all the criteria for membership," Kovacevski said at the time.