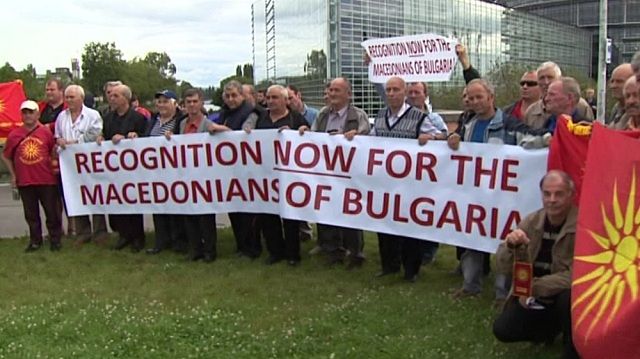 Bulgaria has an obligation to respect the rights of minorities and to ensure that no one is discriminated against on the basis of their freely chosen identity, the United Nations Human Rights Office told VOA when asked to comment on Bulgaria's requirement to the Bulgarians were included in the Macedonian Constitution, while there are 14 judgments against it by the Court in Strasbourg for violating the rights of the Macedonian minority on its territory.

The UN Human Rights Office pointed to the report that an independent UN expert on minority issues presented to the Human Rights Council in July 2011, according to which the Government of Bulgaria is called upon to protect the freedom of expression and association of members of the Macedonian minority. .

– The report calls on the Bulgarian Government to ensure and protect the rights guaranteed in the country's constitutional provisions to respect the right to ethnic self-determination, including the rights to freedom of expression and freedom of association of members of the Macedonian minority. The report also emphasizes that policies relating to the recognition and rights of minority groups must be assessed against the state's obligations under international human rights law, the UN Human Rights Office says.

This report notes that the Government of Bulgaria "denies the existence of the ethnic Macedonian minority", claiming that members of this community are actually ethnic Bulgarians.

It also states that "the Macedonian language is not recognized, nor is it taught in schools, and Macedonians are not represented in the National Council for Cooperation on Ethnic and Integration Issues".

The UN Human Rights Office says that minority rights are protected by various human rights treaties, including the International Covenant on Civil and Political Rights and the International Convention on the Elimination of All Forms of Racial Discrimination, and as a signatory to both treaties, Bulgaria has obligation to respect the obligations arising from them.

– National law should recognize the rights of minorities and ensure that no individual or group suffers disadvantage or discriminatory treatment on the basis of their freely chosen identity as belonging (or not) to an ethnic, religious, linguistic or any other group, says the response.

The Office emphasizes that the fulfillment of such obligations by Bulgaria is monitored by the Human Rights Committee and the Committee for the Elimination of Racial Discrimination.

- North Macedonia, in accordance with the second bilateral Protocol for the fulfillment of the Treaty of Good Neighborhood and Friendship from 2017, which it signed with Bulgaria, undertook to take measures to ensure effective access to equal rights, protection from discrimination and protection of the culture and identity of the Bulgarian community in the country. The state will also have to include the Bulgarians in the Constitution in order to formally start the negotiations with the EU. Bulgaria, on the other hand, says that there is no Macedonian minority on its territory, and with a special declaration in the EU, it states that it does not recognize the Macedonian language, "Voice of America" ​​reminds.

The State Department, in its latest human rights report, noted that authorities in Bulgaria "continued to deny registration to ethnic-Macedonian activist groups such as OMO-Ilinden, the Society of Oppressed Macedonians - Victims of Communist Terror, the Association for the Defense of Individual Civil Rights and The Macedonian Club for Ethnic Tolerance in Bulgaria, despite 14 previous rulings by the European Court of Human Rights that the denial violates freedom of association of groups. In one example, on May 31, the Court of Appeal in Sofia upheld the decision of the Registration Agency from November 2020, which refused the registration of the Association of Oppressed Macedonians - Victims of Communist Terror, on the grounds that the group would implement a political agenda that threatens the unity and security of the nation and would violate the rights of the rest of the population in the country that does not identify as Macedonian".

The report also states that "United Macedonian Organization - Ilinden cited cases in Blagoevgrad, in which national census counters told individuals who visited them that "Macedonian" was not an available option for ethnic identification."

Poor people are left out of measures to reduce pollution, and the rich are the biggest polluters

The defense claims: The blows of the accused Clementina did not contribute to the death of Dennis Toth

International Day of Bosniaks September 28, non-working day for members of the Bosniak community

Court experts testified about the murder of Dennis Toth: The injury to the spinal cord was critical

The mayors will manage, but they will not let the children learn from home

Osmani: The information that I will be replaced is fake news

North Macedonia will not recognize the manipulative referendums in Ukraine, Osmani said