Melbourne Surprise: Zverev out, Nadal sure steps to final 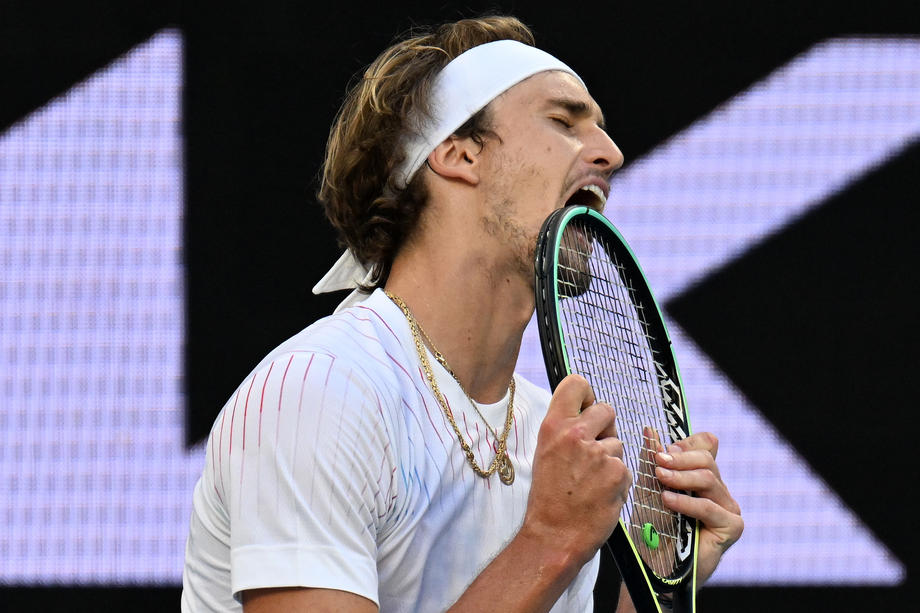 Zverev is eliminated in the fourth round / photo: EPA-EFE / DEAN LEWINS

Although many expected a tennis spectacle in the quarterfinals of the Australian Open between Rafael Nadal and Alexander Zverev, it will not happen.
The culprit for that is Denis Shapovalov who with 3: 0 in sets, 6: 3,7: 6,6: 3 after 144 minutes of play, beat Zverev.

This result is a surprise because the German was in great shape and won the first three matches in Melbourne with a maximum of 3: 0, while Shapovalov has lost five sets in the three matches so far.

But the mistakes in the decisive moments cost Zverev victory. He lost his serve four times, and the break in the second set did not materialize, he allowed Shapovalov to break and then in the tie-break he lost the set as well. That demotivated Zverev and in the third set there was no chance against Shapovalov who scheduled a showdown with Nadal.

The Spaniard with 7: 6,6: 2,6: 2 was more successful than Andrian Manario.
The first set was the most exciting, there is no break from the two tennis players after which the decision fell in the tie-break. Nadal was better in it with 14:12, after which the Frenchman did not have the strength to oppose the Spanish tennis player in the next two sets. Nadal won the second and third sets with 6: 2 each and advanced to the quarterfinals.

"Run there, Hey Sous!": Banners in Parliament against Talat Xhaferi

VIDEO | Dulovi: Journalism is in crisis, the government does not listen to the importance of the print media or television

Actor Matthew McConaughey on his hometown massacre: This is an epidemic we can control

VIDEO | Jovanovski: I am not insanely satisfied, nor very disappointed with the work of the Council of the City of Skopje