"Cultural Press" number 147 was published in the newspaper "Free Press" 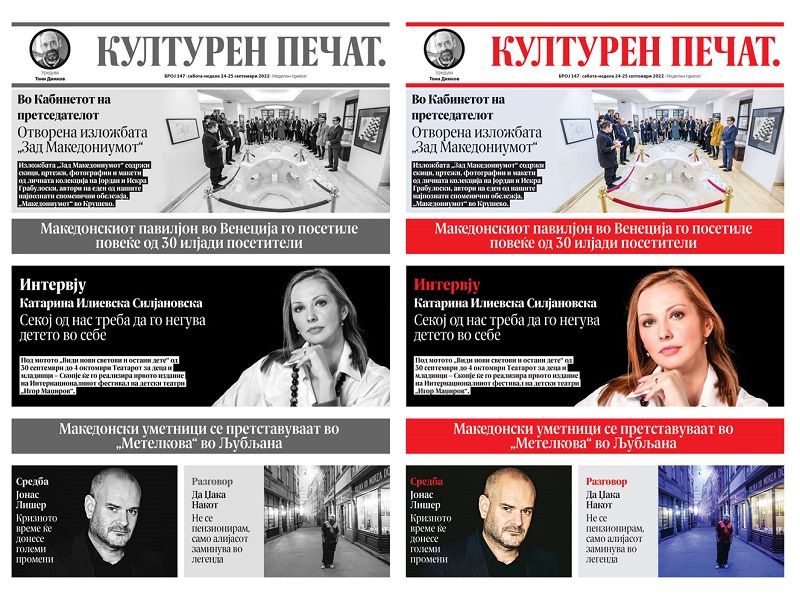 CULTURAL PRESS number 147, in the printed edition of the newspaper "Sloboden Pechat" (September 24-25.09.2022, XNUMX), in its standard format of eight pages, among the contents of the field of art and numerous cultural events in this period, there are:

- interview with Katarina Ilievska Siljanovska, director of the Theater for Children and Youth: Each of us should nurture the child in us

- the exhibition "Behind Macedonia" has been opened in the President's Office

- Macedonian artists present themselves in "Metelkova" in Ljubljana

– conversation with Da Xhaka Nakot: I'm not retiring, only the alias goes into legend

– meeting with the Swiss writer Jonas Lischer: The time of crisis will bring great changes

- Dr. Ana Stojanoska is the new president of the festival assembly of MTF "Vojdan Chernodrinski"

- the debut novel "Cave" by Maxim Risteski was recently published 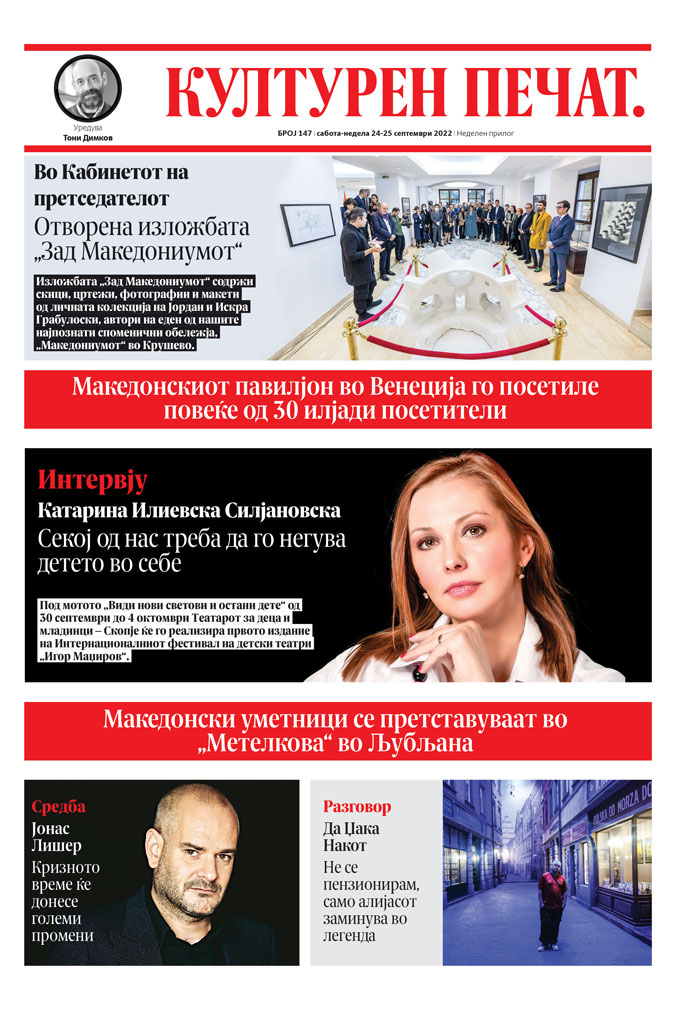 A solo exhibition by Miroslav Masin is set up at the "El Greco" gallery.

"Cultural Press" number 156 was published in the newspaper "Free Press"

The PIN music conference and "showcase" at the "Taksirat" festival begins

An international conference on Balkan prehistory will be held in Ohrid