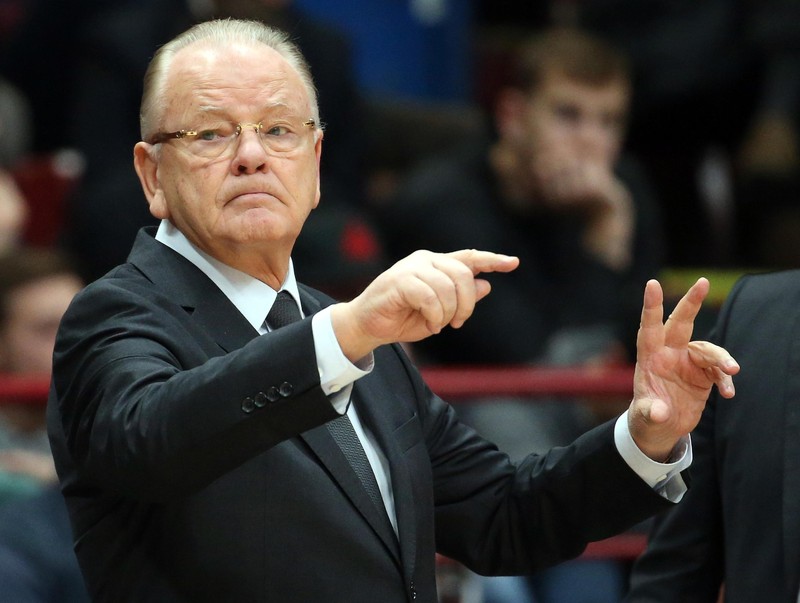 Duda Ivkovic 19 years ago had an offer to coach the Denver Nuggets / photo: EPA / MATTEO BAZZI

One of the greatest basketball coaches of all time died as a result of water in his lungs, and during his coaching career he won everything that could be won. Duda Ivkovic best illustrates how great a coach he was that he was supposed to be the first European coach to lead an NBA team.
Namely, 19 years ago, the Denver Nuggets showed serious interest in Ivkovic, they even invited him to a meeting in New York, but…

- First I had a meeting in Nice with representatives of CSKA. At the same time I received an offer from Denver, I went to New York where I talked to the then general manager of Denver, Kiki Vanderweg, after which I went to lunch with my agent and three other scouts. They asked me questions all night while we ate - Ivkovic spoke about the Greek "Sport 24".
- Finally, Agent Bill Duffy told me, "Get ready to sign a contract tomorrow morning."

But the next day a turn of events took place, Denver officials procrastinated after which Ivkovic lost patience.
- We agreed on the terms of the contract and my role. We agreed to be a counselor in the first seasonthat is, to study for the NBA, a then sign a two-year contract. The next morning we were having coffee and I was told that the owners of the team were on vacation and that nothing could be done. They asked me to wait a few days, to which I replied that in two weeks I have a meeting with CSKA. The days passed, there was no answer from Denver and I signed for CSKA - said Ivkovic.

Denver leaders called again, but it was too late.
- After a while I got a call from Denver, they said "Coach, we are ready“. I replied "I'm sorry, I signed for CSKA".

Ivkovic stayed at CSKA for three years and won three domestic titles, but failed to triumph in the Euroleague, but later succeeded with the team of Olympiacos.

Klopp: This is how the Super League, Newcastle will dominate English and world football for decades

Marko Savovski left Vardar, with the "red and blacks" he conquered handball Europe

The winning team does not change: "Uni Bank" and the fifth year of the MZT jersey