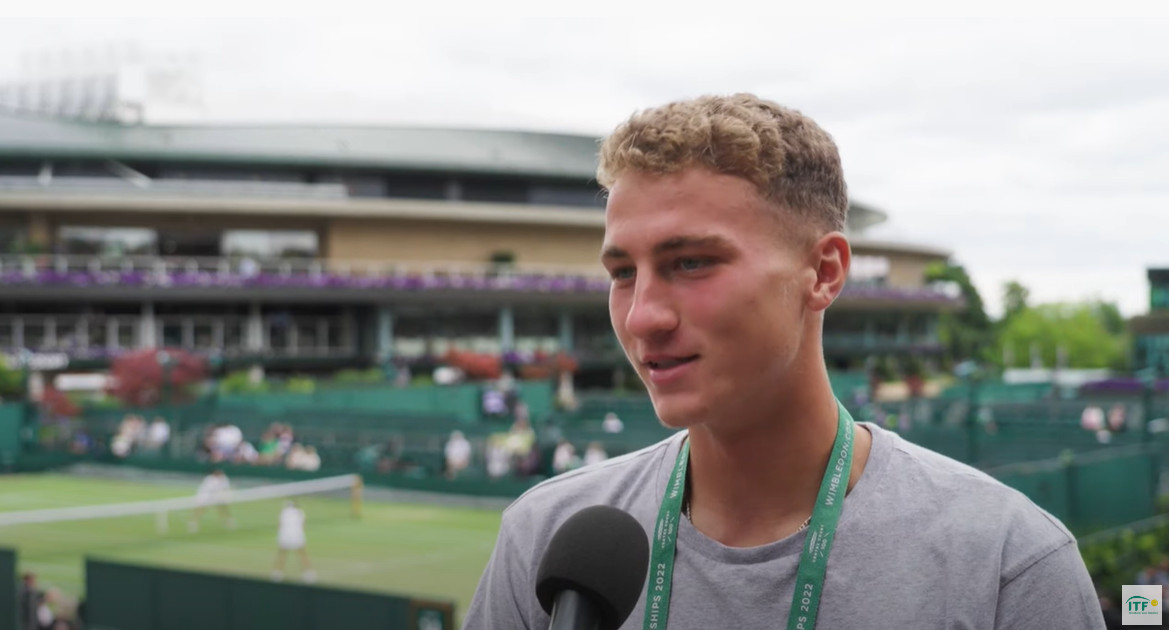 Macedonian tennis player Kalin Ivanovski (18) has qualified for the quarterfinals at Wimbledon and today he has to play with the Spaniard Pedro Rodenas to enter the semifinals.

His performances sparked interest at Wimbledon and the International Tennis Federation (ITF) conducted a short interview with him which was broadcast on YouTube.

Ivanovski is the only tennis player from Macedonia who reached the quarterfinals of a Grand Slam tournament in junior competition.

- I feel wonderful. This is a great experience for me. Last year I played here and reached the third round. I was one step away from the quarterfinals. This season I went further - said Ivanovski when asked how he feels.

Kalin is impressed by Wimbledon.

- It is extraordinary. The whole place is amazing. I am not used to all this. I come from a small country, from Macedonia. Coming here and representing my country means a lot to me and I am proud of it - said Ivanovski.

He then answered how he felt like the first tennis player from Macedonia to reach the quarterfinals of a junior grand slam.

- I am very proud to represent Macedonia. I want to play for my country, for Macedonia. It's a wonderful feeling. I play for my national team in the Davis Cup and that gives me extra motivation - says the young tennis player.

Ivanovski also explained how he started playing tennis, and he comes from a country that is not known for this sport.

The reporter asked him about the underfoot serve in the Round of XNUMX match with Rodrigo Pacheco Mandez, which also brought Kalin a match point.

– There are different interpretations of that move. I didn't do it because I have no respect for my opponent. At that moment I had a big advantage and I practiced that service a few days before. I simply tried it on the match and it turned out well - explained Kalin Ivanovski.