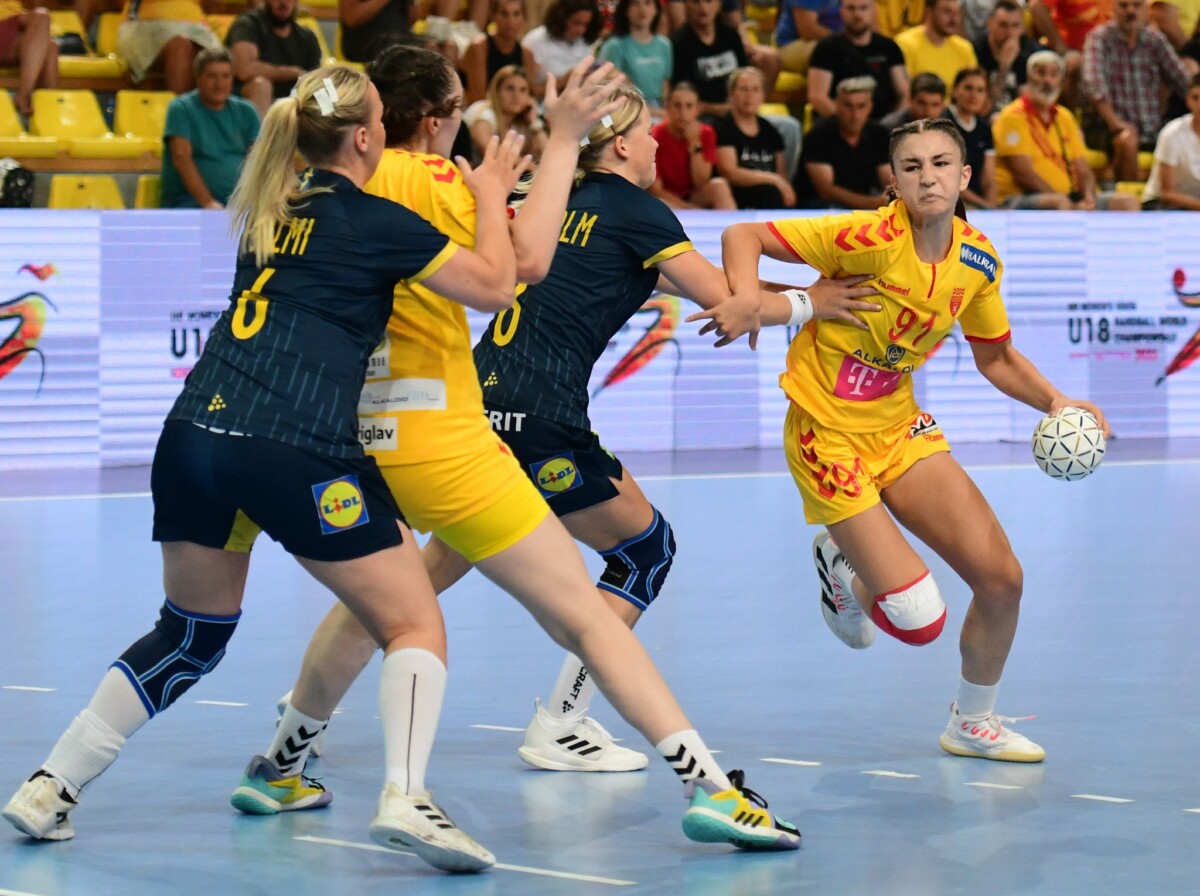 The young handball player (15) showed her great potential once again at the recent WC under 18 years, where she was one of the most notable in the Macedonian team. Iva has great ambitions, and the general assessment is that she has the ability to realize them

Iva Mladenovska (15) is considered the most talented young handball player in Macedonia, and with her performances in the national team and in her club Metalurg, she constantly proves that. The last opportunity to show his talent was at the appearances for the Macedonian national team at the Under-18 World Championship. Macedonia won 12th place out of 32 national teams, and Mladenovska scored a total of 19 goals, making it the fourth most efficient team in our team. He was also fourth in assists (7). He appeared in six of the seven matches.

- I am satisfied with the placement of this WC, but I know that as a team (and individually) we can show more, and I believe that we will prove it in the future. I believe that the greatest quality of this national team is our faith and desire for victories and successes. Of course, in addition to this, there are many other qualities that, if worked on, will lead to much greater success - says Mladenovska about the recently held WC in Skopje.

Mladenovska, among other things, has two individual trophies. She was named MVP at the EHF Championship in Lithuania, where a year ago the cadet national team of Macedonia won first place, and at the Cup of Macedonia in May, when Metlaurg won the trophy.

- All achievements are dear to me, but if I have to single out some, I think that the biggest and most favorite ones are the trophy of the championship in Lithuania and the trophy of the Cup of Macedonia. I have special matches where I was the happiest, like the final against Iceland in Lithuania and the final of the Cup of Macedonia - says Mladenovska.

She also made her first appearance in Macedonia's senior team last October in the match with Montenegro in the EHF Cup.

- I am proud that I got an opportunity in the senior national team. If I get another chance, I will do my best to show a good game - says Mladenovska.

Her ambitions are high, but she certainly has the talent to make them come true.

- My ambitions are to play at the highest level, in the Champions League and in major competitions with Macedonia, and I also dream of trophies from those same competitions - says Mladenovska.

According to her, the quality of a handball player comes from combining talent with hard work.

- My quality is due to my love for handball, and with that comes hard work. Of course, there is also the innate talent, but without hard work she would not have achieved these successes - says Mladenovska.

Iva Mladenovska started playing handball under the influence of her mother, who was also a handball player. Even in elementary school, she was determined to dedicate herself to this sport, and she started at the age of eight with the team of RK Kastratović. The Agency for Youth and Sports declared her the best young athlete in Macedonia for 2021.