Raducanu's historic success: Through qualifying for the US Open title 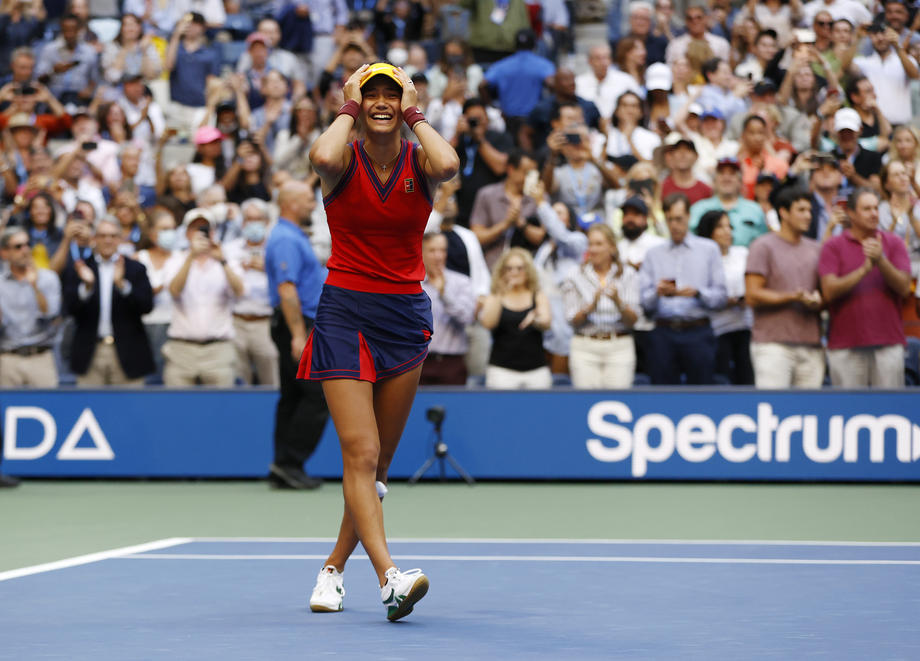 British tennis player Emma Raducanu is a sensational US Open champion after she was more successful than Leila Fernandez in the final of the teenagers with 6: 4,6: 3.

The two teenagers in the final showed a great fight at the "Arthur Ash" stadium, but Emma Radukanu was stronger, more concentrated, more persistent and braver in the key moments and finally managed to reach the title and make history. Radukanu did not lose a single set in all 10 matches in the qualifiers and the main draw of the US Open.

In the first set, the first to make a break was Radukanu who took the lead with 2: 0. But in the next game, which lasted as long as six minutes, Fernandez managed to make a re-break and get back in the game. Then the two tennis players were confident in their service until the tenth game when Radukanu made a break again and that meant a 1-0 lead in sets.

In the second set, Fernandez was the first to threaten and took the service of the opponent for a lead of 1: 2, but in the next game a rebike was seen which returned the result uncertainty.

The decisive moment for Raducanu was in the sixth game when he made a new break for a 4: 2 lead. In the next game, the Briton had two match balls that she did not use, but she was confident in her service, first she saved two break points and then she used the first match ball and became a new Grand Slam champion.

A dispute that will cost dearly, the biathletes will lose 50.000 euros