Irena Gruevska: A driver killed my husband in a car accident without a license, and he received only 4 years and 6 months sentence that he will wait at home 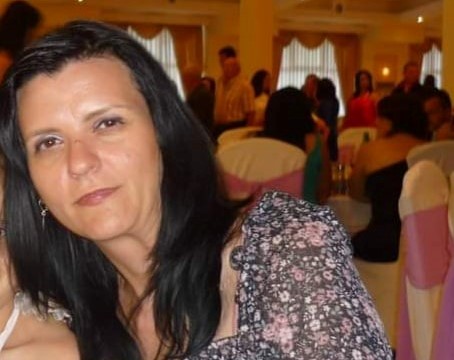 Irena Gruevska is decisive that an example should be given to the youth that drunk driving and passing the red light without a driver's license should be punished appropriately, and not flat / Photo: SP. Private archive

Irena Gruevska from Skopje She is dissatisfied and angry because yesterday, the Criminal Court in Skopje sentenced her to 4 years and 6 months in prison for the driver who killed her husband in a car accident and sent him under house arrest until the verdict becomes final, even though he was in prison until then.

In the accident, which happened near the shopping center "Lisa" in Novo Lisice in January this year, her minor daughter was seriously injured and to this day she experiences severe psychological trauma, goes to a psychiatrist and has a great deal of conscience. , because she called her father to take her the day of the accident.

Behind the wheel, in the other vehicle, was a 21-year-old boy who did not have a driver's license, had 0,57 per mille of alcohol in his blood and passed a red light.

The boy pleaded guilty and expressed remorse, which was enough for the court to allow him to serve his prison sentence at home. Gruevska says the prosecutor will appeal such a decision, but that her life and the lives of her two children will never be the same again.

- I want to express my dissatisfaction and revolt publicly, because yesterday the court sentenced the 4-year-old driver who killed my husband and seriously injured my 6-year-old daughter to prison of only 21 years and 16 months. The fact that he was released under house arrest is inexplicable to me.

My husband died in the accident, and my daughter who was with him has severe trauma. We are with her all the time for psychologists and psychiatrists. He gets more and more shocks and attacks. I am extremely revolted by the verdict. He has been in custody until now, and since yesterday he has been under house arrest until serving his sentence, Gruevska told Sloboden Pecat.

It demands that the court establish a practice of fair punishment of perpetrators of crimes that endanger traffic safety and life, in order for the punishments to be proportionate. Gruevska does not understand how someone who passed a red light, did not have a driver's license and pleaded guilty, can be treated lightly, when exactly those facts, according to her, are associated with conscious, and not negligent conduct of the accident.

When she left the courtroom yesterday, Gruevska said that she felt damaged for the second time. She emphasizes that every day she struggles with the whole situation that has completely changed the course of life of the whole family, but that the verdict creates anger in her and the children and makes it difficult for her.

- My daughter missed the bus and called her father to pick her up. That is when the accident happened. My daughter feels guilty, she will live with that trauma for the rest of her life, that she called her father and that they had an accident on the way back. My husband went green at the intersection, but the other driver went red. He carried them, dragged them by car 10 meters, even lifted them on the sidewalk.

Thank God my daughter is alive. She hit her husband directly in the door and he died on the spot. The public prosecutor will appeal both the house arrest and the prison sentence, which is too low. I am not satisfied with such a sentence for death and severe bodily injuries that occurred to my daughter. I have two children who live without a parent, she explains.

Gruevska is adamant that an example should be set for the youth that driving while intoxicated and passing a red light without a driver's license should be punished appropriately, not on a lump sum basis.

- It is clear to me that the driver is young, but my children are also young. My daughter still can't come to her senses. As much as I want to protect her, her mental state is very difficult. The physical injuries heal, but the psychological wounds remain. Two days ago she was in shock, she did not know who I was, she was looking for her father. It took three hours and a hospital examination to bring him back to consciousness. The size of the verdict should encourage others not to do the same. "When someone passes a red light, he should be aware that he can kill someone," Gruevska said.

Otherwise, the serious traffic accident, as informed by the Ministry of Interior, happened on January 25, at the intersection of Vidoe Smilevski Bato Boulevard, with the service street of the shopping center "Lisa", and involved a "Renault" car driven by twenty-one-year-old TM . from Skopje and a Volkswagen Polo driven by Gruevska's husband, DG, who was 48 years old.

His death was confirmed on the spot by a doctor from the Emergency Medical Service. Gruevska's daughter, who was a passenger, received severe bodily injuries found at the "Mother Teresa" clinic complex. The 21-year-old driver also had bodily injuries.

The public prosecutor then issued an order to autopsy the body of the deceased and to examine the blood and urine samples of the driver of the other car. Video surveillance footage of the crash site was also provided through the Safe City system.

VMRO-People's Party: The French proposal is by far the best in the last few years

Maricic for MIA: With the modified French proposal, we get what we have been fighting for for years

At GP Tabanovce for entry into RS Macedonia, the wait is about an hour, at GP Bogorodica for exit about 40 minutes

The session of the Security Council has started, the French proposal will be discussed

VMRO-DPMNE: The people massively and loudly said NO to ultimatums, today again a protest in front of the Government

SDSM: Before us is a proposal in pure Macedonian language, Mickoski only wants to harm the country