Interview with Emil Parnadziski, music producer: "Samomk" - a radio that will take care of and protect Macedonian music Emil Parnadziski is a music lover, dedicated, above all, to jazz, soul, funk, with many years of experience in several Skopje radio stations. Since some years ago, he is the owner and editor of "Just Music Radio", and this time he announces a new and bold project, "Samomk", a radio that will nurture and promote exclusively Macedonian music.

We are conducting the interview less than a month after the opening of your new "Samomk" radio. Unlike your first "Just Music Radio" (Just Music Radio), which was dominated by world jazz, soul, funk music, this time you opted for a concept that implies only Macedonian music. It will be the first radio with this kind of musical concept in our country. Adventurous or necessary step?

- "Samomk" radio is a carefully thought out project since last year. Both the first radio "Just Music Radio" and this new one with their music program are designed as internet radio stations that are different from the offer on the Macedonian airwaves. The first, with the aforementioned styles of music that are dominant in the program, is unique in our country, and this new "Samomk" will be the first radio with 24 hours of Macedonian music. I can freely say that this kind of radio has been necessary as a support for our musicians since a long time ago. But as they say, it's never too late.

What musical genres will be represented?

- Literally all musical styles will be heard, such as: pop, rock, alternative, rap, hip-hop, funk, jazz, ethno, electro, and even classical in the midnight hours or early in the morning, the pop and festival songs from the time of our parents. The biggest problem for me was how to design those 24 hours of Macedonian music, which style to listen to at which time of the day, and to satisfy all tastes. After all, we will be launching soon, testing listeners, and willing to accept criticism and advice.

I assume that such a concept will have the support of Macedonian musicians and listeners, but probably at the very beginning you are also met with skeptical attitudes regarding the quantity of Macedonian music production that should be played 24/7?

- While a project was being prepared, someone would often ask me, why do we have so much Macedonian music for a 24-hour program, without it being repeated often? When I started digging through my records, tapes and discs, as well as Macedonian music archives (internet, books, encyclopedias), I myself was surprised how much Macedonian music there is. From a large number of supporters, I constantly receive musical material in various formats, which I archive in the radio's database, while carefully keeping track of which song and in which folder it will be placed so that the radio program can then rotate them correctly. I think that in the last few years we have overproduction of new Macedonian music in all styles and I responsibly claim that "Samomk" will support every young singer, musician or group by being regularly present in our program. 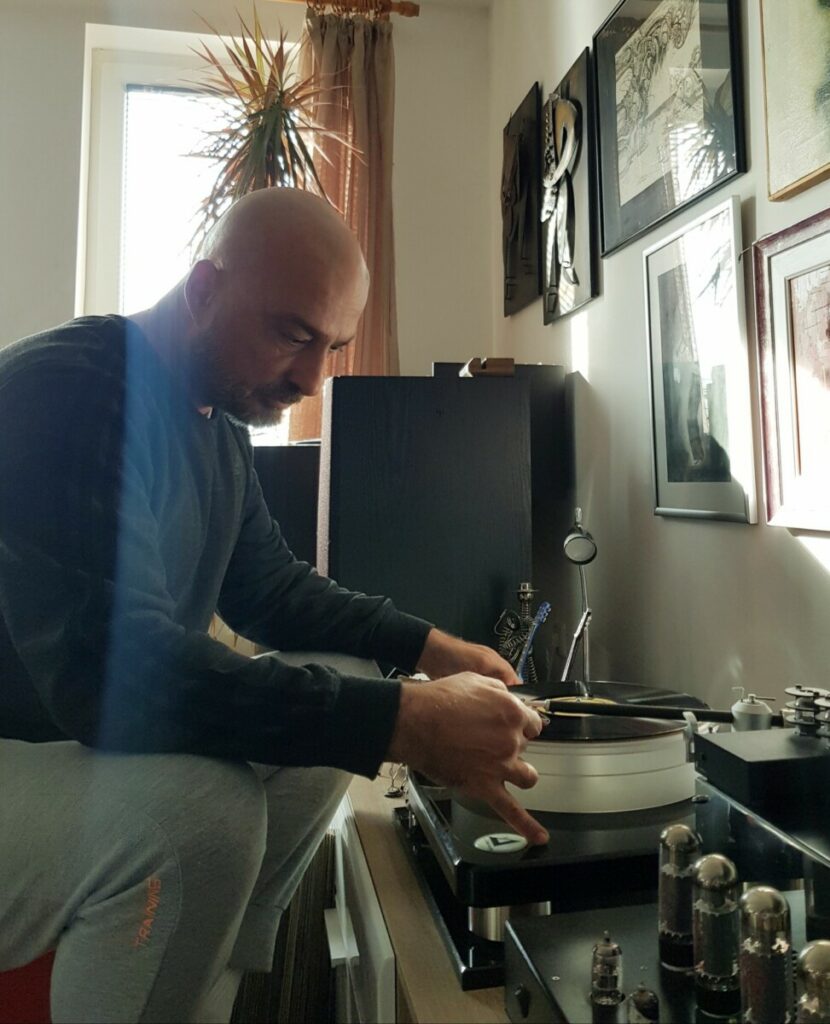 What will be the program schedule of the radio? Will there be shows dedicated to certain genres, will there be presenters or will this also be "only music", radio and how many crew will be hired?

– In the first period until the New Year, we will go only with music, and then we will slowly start upgrading the program with charts, presentations of entire albums, guest appearances by musicians with their choice of music and more, so I won't reveal everything. We're not a big team to begin with, but over time I'm sure it will grow. We will be normally present with all popular social networks and platforms, each of which will have the opportunity to see or hear what is new on the Macedonian music scene. We will publish tidbits and stories about the past and the present.

There are opinions that radio as a medium is slowly dying, do you agree with that?

- I do not fully agree with that statement. It is true that with the advancement of technology and the continuity of new music platforms and bases where you can find everything you want from music, the classic radio stations are being neglected, but on the other hand, internet radio stations are opening every day around the world, which with one click on the phone you can listen to your favorite station. In the context of this, both Just Music Radio and Samomk have the option to listen to them through our free apps that can be downloaded to your phones.

Given that it is an internet radio, do you expect more listenership in the diaspora on all continents?

- Naturally, I expect that radio "Samomk" will be heard in the diaspora as well, especially since less and less space is left for Macedonian music on our televisions and radio stations, and thus everyone who lives outside of Macedonia will have the opportunity to listen to them at any time the hits of the past and of the present.

For about three decades you have been on the air as a music producer and author of radio shows. What were the radio "stations" you went through before this?

- That's right, colleague, from my beginning it was at "Radio Uno", then at "ProFM", then there was a period with specialized shows at "A1" and "Ravel", to end up at "Antena 5" for a good ten years. The experience that I have accumulated during that period while I was working and I was dreaming of my own radio station is huge for me, and now the time has come when my wish is fulfilled.

How will the start of the program be promoted?

- We will be a little aggressive in the promotion of "Samomk" radio, through billboards, print and internet media, social networks, as well as my guest appearances on our televisions. The official start is scheduled for December 20, when we will organize an event to which we will invite journalists, TV media and musicians of various profiles.

Is it already known which music will be played on the radio for the first time?

- "Samomk" has been in a test period for two months and as I mentioned, the start is the announcement of our web portal and a free application that will happen at the event we are organizing. What you will hear for the first time on "Samomk" depends on what time of day you tune in. The day will be colorful and diverse with music for all generations, the night reserved for the younger ones, and after midnight for experienced listeners - a little joke.

The start of "Samomk" is scheduled for December 20, right before the holidays. Does that mean that lovers of Macedonian music will be able to spend the holidays with the music of "Samomk"?

- For the holidays, there will normally be an abundance of cheerful songs, and especially for the New Year's Eve itself, where I will personally prepare the mix that will start from 21 pm and last until 1 am. Trust me, you'll be surprised by what you hear that night.

In the end, I want to summarize by promising that Macedonia will get a radio with "Samomk", which will faithfully take care and protect Macedonian music.

Thanks for the opportunity to promote the new radio in your medium.

VIDEO: Terrifying numbers in Turkey and Syria, so far over 7.200 victims and 25.000 injured

Cold, rain and stress do not stop the battle for every human life

Djukanovic: We support Kosovo's ambitions to become a member of the Council of Europe and to obtain EU candidate status

VIDEO: Children are pulled out from under the ruins in Aleppo, Syria asks for help from the UN, Russian soldiers help the victims