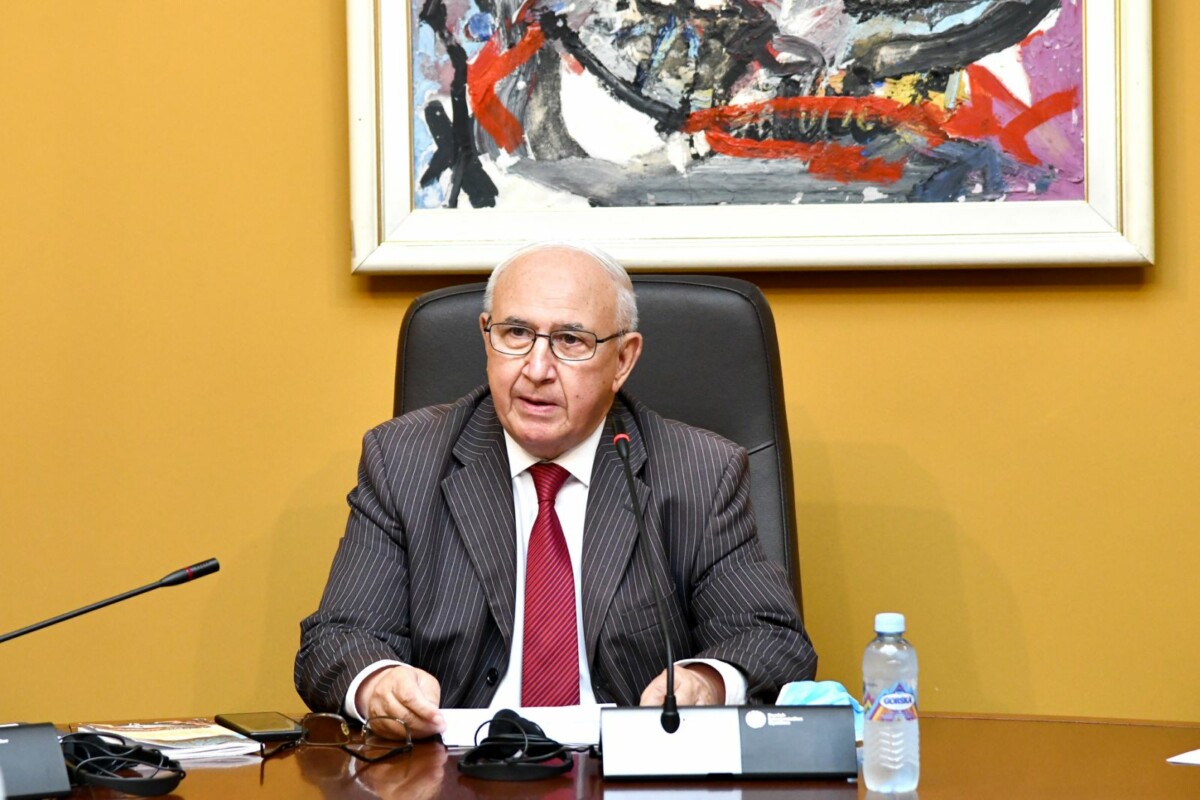 "Macedonia is at the top in Europe in terms of allocating funds from its own pocket for treatment, and here the pensioners are most affected due to low pensions," said Nikolovski.

Legal changes to ensure higher pensions, emergency financial assistance, increasing the limit for exempting pensioners from co-payments for hospital treatment, subsidies for nursing homes, are just some of the demands, but also the negotiations with the Government Retirement Party. Its leader Ilija Nikolovski is optimistic that the Government will listen and that in the coming period we will witness greater care for retirees and improvement of their material status.

More than half of the pensioners have a pension of less than 14.000 denars. The Pensioners' Party has announced that it will seek amendments to the law, which will allow for an increase in pensions. How far is that process and are you personally optimistic that the condition of the pensioners will improve?

- Taking into account the health and energy crisis facing the country, the Pensioners' Party expects to find realistic legal solutions to improve the material and social status of pensioners and all marginalized social groups in the shortest possible time, as well as improving their position in the field of health services, with a focus on members of the most vulnerable group of retirees, who have pensions below the average pension.

Due to the rapid growth of the minimum and average wage, the ratio between the average wage and the average pension as well as the ratio between the minimum pension and the minimum wage is currently disturbed. That is why the Party of Pensioners has prepared a Proposal for Amendments to the Law on PDIF in two variants, which we would like to harmonize with the Government and as soon as possible to make amendments to the existing law and retirees with January pensions to receive decent increase. We also expect emergency financial assistance, as in other neighboring countries.

But do you take into account the situation of the Pension Insurance Fund? Do you think he can withstand the increase in pensions?

- There are real conditions for our expectation, because the data show that. Pensions are regularly paid even ahead of time, and the transfer from the central budget to the Fund is continuously decreasing, so in 2021 it was 37,3 percent of the total income of the Fund.

You also mentioned health care and that it is difficult to reach the most vulnerable retirees. As a participant in this government, what will you do?

- We have been promised that the limit for exemption of pensioners from co-payments for hospital treatment will be increased to 18.000 denars. The next step should be the total exemption of pensioners from co-payments in health care, as it used to be. Macedonia is at the top in Europe in terms of allocating funds from its own pocket for treatment, and here the pensioners are most affected due to low pensions. We are also working on subsidizing the treatment of pensioners in private hospitals when it is forced by force majeure (epidemics, lack of facilities in public health); expansion of the rights in dental care for which the pensioners allocate a lot of funds and we insist that the Ministry of Health finally start preparing a new list of drugs at the expense of the Fund, the existing one is from 15 years ago and it is a world record. We are committed to having a wider range of retirees in the free vaccination of seasonal diseases such as influenza, and in the future maybe for other diseases.

Do you think that there is age discrimination in Macedonia?

- Yes, in several segments. As a party, we expect to prevent discrimination of pensioners by banks for lending and reduction of increasing fees for everything. I also see discrimination against retirees by insurance companies when insuring the elderly. In particular, we are calling for the abolition of higher car liability insurance for people over the age of 65, as it is not available in neighboring countries, and in many countries premiums for older drivers are halved.

Many citizens face the problem of housing the elderly, if necessary. Homes are expensive, government facilities are small…

- It is definitely a problem. We expect to find understanding in the Government on this topic as well. We are asking for subsidies for accommodation in retirement homes and control over the implementation of the criteria for accommodation in them. We also insist that the local self-government prepare social maps and plan systemic measures for extended care of frail elderly people.