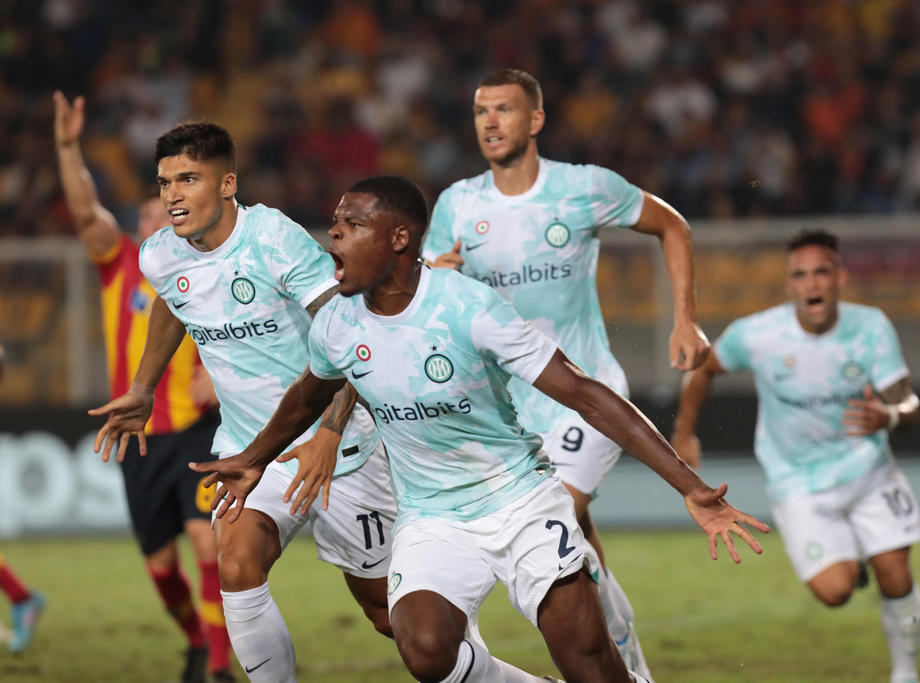 The players of Inter started the season in Serie A with a difficult victory on the road against Lecce. "The Nerazzurri" celebrated with 2:1, and they scored the goal worth three points in the 95th minute.
After a corner kick, Denzel Dumfries rattled the net of Vladimir Falcone, who was doing wonders in goal.

Inter took the lead in the 2nd minute thanks to the goal of the returnee from Milan, Romelu Lukaku, but the host equalized at the beginning of the second half through Asan Cesay.

The conceded goal made the coach of Inter Milan, Simone Inzaghi, throw everything at one card, the attack. There were chances before Falcone's goal, but Lukaku, Edin Dzeko, Federico Dimarco missed, Dumfries hit the post but made no mistake in the last attack of the game.

Torino celebrated with an identical 1:2 at the visit of the debutant in Serie A, the team of Monza.

#inter #series a #leche #recommended
Share
Video of the day