"Intek Systems" took the printers from the city barracks, the City of Skopje claims that they have their own 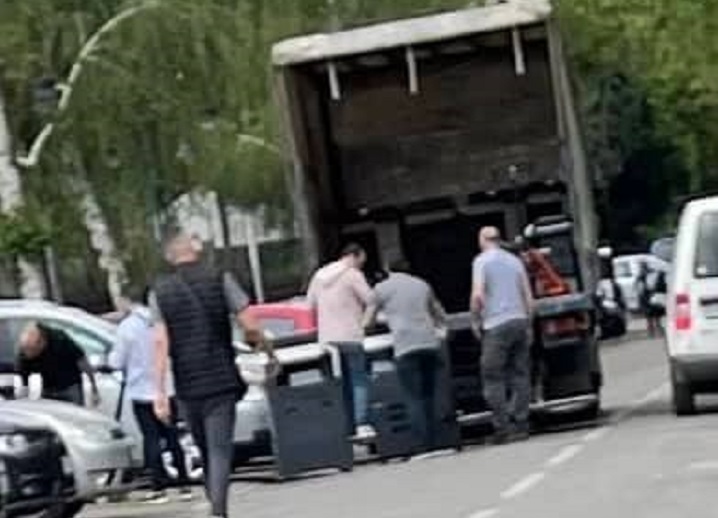 The City of Skopje left without printers which in the past two and a half years he has been renting from Intek Systems. Today, employees of the company took the printers from the city barracks, loaded them in a truck and took them away, after the City prematurely terminated the rental agreement. So now, according to unofficial information, the city administration operates with only a few printers, which is not enough for the services to do their job smoothly.

The contract for renting and maintaining the printers was concluded in October 2019 with a validity of three years, meaning until October this year. In the meantime, on May 6, the deadline for submission of bids for the new public call ended, with slightly changed conditions, which provides for the new contract to be concluded for 24 months. It is not known when this will happen, given the fact that the received bids are currently being evaluated, which will be followed by the other legal deadlines for appeals.

The City of Skopje for smooth operation in the work needs to rent equipment for providing services for printing, copying and scanning in a period of 24 months by paying a monthly fixed and variable fee based on a report according to the number of printed-copied pages for the given month — it is stated in the technical specification of the tender in which it is stated that the devices that will be offered should be new, unused, and their first unpacking of the packaging from the manufacturer should be in the premises of the City of Skopje where they will be installed.

The city is looking for rent 34 printers of several types, for which the rent will be paid from funds provided in the Budget of the City of Skopje, and the estimated value of the subject procurement is 4.200.000 denars without VAT, ie 4.956.000 denars including VAT. As stated, the contracting authority, ie the City of Skopje "has the right to fulfill the contract before the expiration of its duration, by exhausting the estimated value of the procurement."

From The City of Skopje strongly denies the information to the public claiming that this is fake news for manipulating the public.

The City of Skopje owns printing equipment in its ownership which is actively used by the administration. On the other hand, there is an agreement for rented printing for larger quantities of material for which due to the non-domestic work of the previous management in the public procurement concluded in 2019, higher funds were paid in the amount of 30 percent of the estimated value. The contract is terminated by agreement due to the fact that the financial resources are exhausted before the expiration of the contract. The new public procurement for this type of printing is in the final stage - say from the City of Skopje.

They removed the printers from the bicycle ..- wrote Shilegov.

However, it remains unclear why such an institution as the City of Skopje, for years has not purchased as many printers as needed, but spends budget money to rent them.