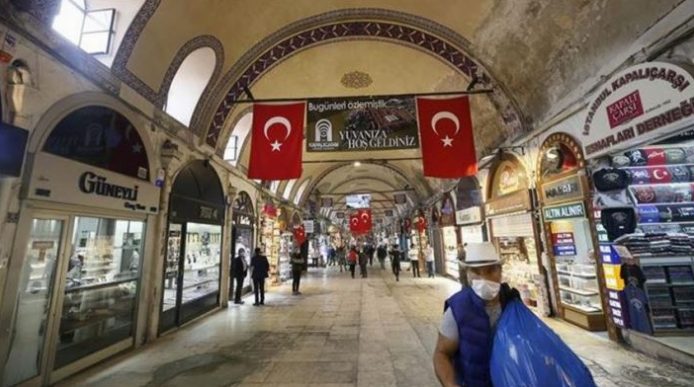 The cost of living in Turkey in June increased by 78,62 percent compared to the same month of the previous year, the Turkish lira recorded a continuous decline, and consumption and production prices recorded a steady increase, according to the latest analyzes of the National Statistics Office of Ankara. .

The biggest increase on an annual level was recorded by transportation and raw materials, which in turn also affects production.

The opposition accuses the government of hiding the real numbers and claims that inflation is significantly higher.

ENAG, an Istanbul-based inflation research group, estimates that in June it was 175,55 percent on an annual basis.

The inflation rate in Turkey is fueled by several factors. The weak national currency, the rise in the price of raw materials, and some of the economic experts in the country believe that the Turkish central bank is not taking appropriate and good measures to combat such inflationary movements.

Turkish President Recep Tayyip Erdogan, on the other hand, claims that high interest rates are the main source of inflation in the country. The central bank is guided by its guidelines and for the time being refrains from raising interest rates. With their latest decision, the interest rate remained at 14 percent since the beginning of the year.

Mališić: Bread prices had to increase, we have new gas and electricity prices

The basic interest rate remains at the level of 2,5 percent

Updated the application "MyDDV" on Playstore for scanning fiscal receipts