Is there a cure for political (dis)culture? 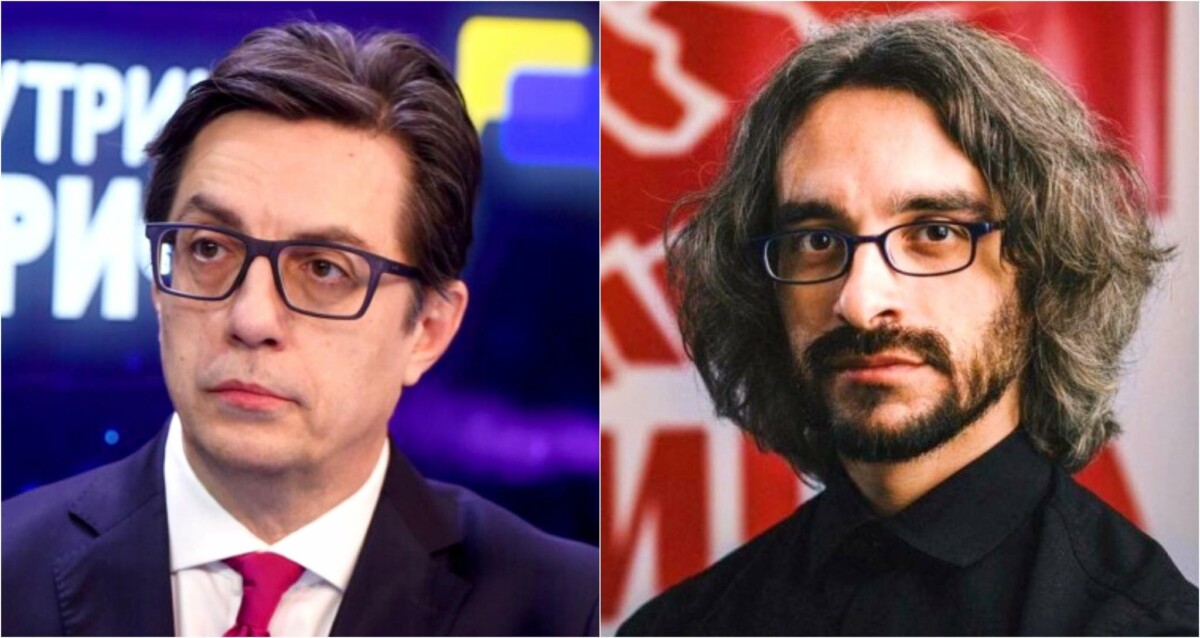 If the Internet is considered a place for increasing personal awareness, it has also become a place where people can show their limitations and hatred. In addition, unfortunately, all these years we have not been able to find a cure for the misconduct of the officials who often in their speeches promote unprofessionalism, mundane behavior, violence and even in some cases hate speech.

This is briefly the sociologists and communicators he consulted Free Press comment on the developments in relation to the latest verbal and written arguments on social networks that wave the public on the relationship between Dimitar Apasiev from the Left and the president of the country Stevo Pendarovski.

Experts claim that there is a lack of institutional response and sanctioning of socially influential persons who, knowingly or unknowingly, when expressing their views in public, promote bad culture and even violence and hate speech.

Sociologist Prof. Ilija Aceski says that the behavior of politicians is a mirror of the society in which we find ourselves, and at the moment, unfortunately, we have a surplus of swearing and vulgarity and a deficit of culture and ethics among political actors in the country.

- The strong word has no winner, the people do not say in vain that the tongue has no bones but breaks bones. Social media is full of hate speech and hostility. In that direction, I am absolutely against the use of any hate speech because it will return to us like a boomerang in society, and then we will enter a vicious circle in which no one will be a winner, but we will all be losers - says Prof. Aceski.

According to him, the curses and insults of the leader of the political party Left, which he addressed to the president of the country, Pendarovski, are inappropriate for a member of parliament, and the institutions must react.

- There are two approaches or ways to solve the problem of hate speech and misconduct. Idiot is related to the initial education of man and is inculcated in the culture of man. The second one refers to moral behavior, and here we see that it is absent among all politicians. In the absence of morality, the institutions must react - Aceski points out.

Snezana Trpevska from the RESIS Institute appealed to all socially influential people to be careful what they say and what they convey in public, as well as on social networks, because, according to her, this is a very serious matter these days.

- In general, whenever it comes to hate speech, whether it is in the media or social networks, great care should be taken not to utter serious insults. They must strengthen the civil principle and the awareness that in public places we must be very careful about our language. Even if you want to offend someone, conditionally speaking, whether it's at a protest for pets, for cleaner air, or something, third you have to find a way to say it. There are ways to resist with quiet arguments, not with hatred, which can easily cause a negative domino-effect from social networks in society and vice versa - says Trpevska.

According to Trpevska, there is a lack of democratic capacity in the country.

- Holders of public offices must have a special responsibility in their speeches. According to the documents of the Council of Europe, in the recommendations for promoting culture and tolerance and hate speech, the responsibility of the holders of public functions is emphasized. They should refrain from expressions that can be qualified as hate speech and threats. In both cases, arguments in the public and the leader of the political party, but also the president, unfortunately, the communication in front of the public is disappointing. Behaviors are totally irresponsible because what is said in public can cause problems and make followers hate. Hatred can often escalate and its consequences can be terrifying - adds Trpevska.

Prof. Trpevska explains that it is unfortunate that basically we all try to hide behind the conditional anonymity of social networks. Such a way of expressing one's opinion is a special phenomenon, which, even if it is sanctioned by the competent institutions, cannot bear fruit.