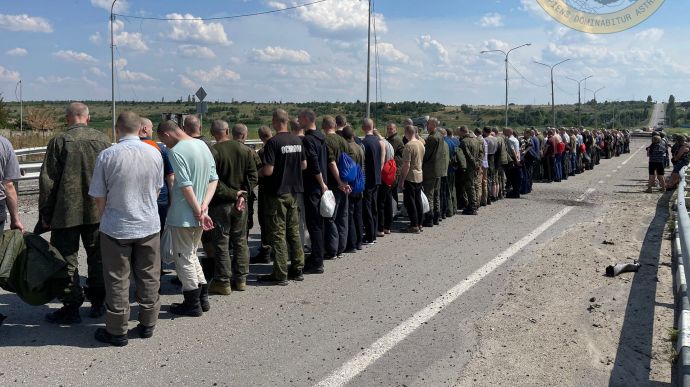 The court in the self-proclaimed Donetsk People's Republic (DPR) today accused five foreigners who fought on the side of Ukraine of being mercenaries and announced that three of them could face the death penalty.

The Briton John Harding, the Croat Vekoslav Prebeg and the Swede Mathias Gustafsson, captured in the city of Mariupol and its surroundings, can be sentenced to death according to the laws of the so-called DNR.

Two other Britons, Dylan Healy и Andrew Hill, were also charged but do not face execution.

None of the five defendants pleaded guilty. The court said the trial will continue in early October.

In response to the accusations against Prebeg, the Croatian Ministry of Foreign Affairs stated that "Croatia rejects the accusation and does not consider it justified and legal because it is in violation of international law and international conventions on the treatment of detained civilians and prisoners of war."

Authorities in Donetsk in June sentenced to death two Britons and a Moroccan caught fighting on the side of Ukrainian forces against Russia, on charges of attempted coup and mercenaryism.

WEATHER FORECAST: Gloomy and rainy, in Skopje and a little sun

Today is the Feast of the Cross

The Municipality of Centar wants to produce electricity

VIDEO: Rebellion against the mobilization in Russia, recruiting centers and state buildings are burning

Gas is leaking into the Baltic from the Russian Nord Stream 2 gas pipeline, Denmark warns