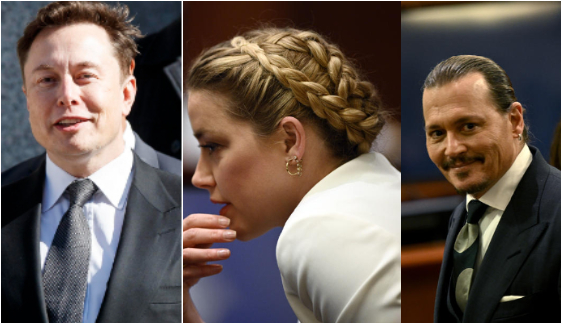 Ilon Mask for the first time publicly announced the currently most popular lawsuit in the world, between his ex-girlfriend Amber Herd and the actor Johnny Depp.

"I hope they can both move on." "In their best form, they are both amazing people," he wrote briefly.

I hope they both move on. At their best, they are each incredible.

The relationship between Amber Heard and Elon Musk

Musk also became a topic during the trial when Depp's former agent, Christian Carino, was called as a witness and asked if Musk and Hurd were in a relationship in 2016.

"I do not know if they went out, but they definitely spent some time together," he said.

Heard and Musk met on the set of "Machete Kills" in 2013, but the couple claimed they were just friends until they both divorced in 2016 and 2017. In August 2017, rumors resurfaced that the couple's alleged one-year romance was over. Musk confirmed the speculation shortly afterwards, telling fans that the break-up was friendly.

He later added that "long-distance relationships when both partners have intense work responsibilities are always difficult", but that no one knows what the future holds.