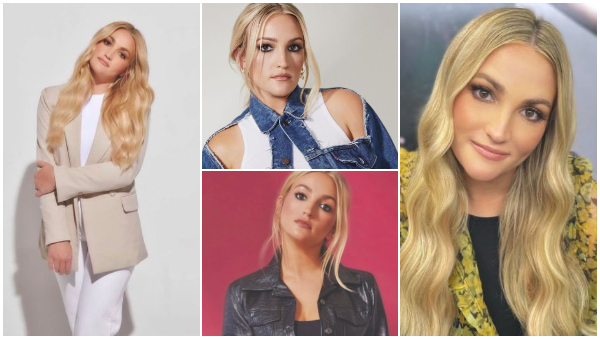 The Spears family seems to be constantly in the spotlight of the world public. After Jamie Spears was deprived of the role of legal guardian of his daughter Britney after 13 years, over whose life he had absolute control, now Britney's sister, Jamie Lynn Spears, spoke about her family.

Jamie Lynn revealed that she experienced "real hell" after becoming pregnant at just 16 years old. The main reason for this was her family forcing her to have an abortion and trying to hide the whole case from the public eye, she claims in her book "Things I Should Have Said".

"My loved ones came to my room and tried to convince me that giving birth at my age would be a terrible mistake…" It will ruin your career. You are too young. You do not know what you are doing. There are pills you can take and solve this problem, we will help you. "We know a doctor," they told me. "Everyone around me just wanted this problem to disappear," she said in her public confession.

Jamie also revealed that her family took her mobile phone so that she would not contact anyone and that no one would find out that she was pregnant. She claims that she was not allowed to talk to her older sister Britney.

"I needed her more than ever, and she could not help me when I needed her most.… Not being allowed to tell my sister what is happening to me still hurts today," admits Jamie Lynn.

In her book, she states that her father was particularly upset about the baby and that he forced her to give her baby up for adoption.

However, her team of collaborators exclusively sold the story to OK! Magazine and gave them the first photos of the baby. Her mother was very disappointed after this happened and the two hid from public view in a Connecticut hut until things calmed down.

Jamie Lynn was severely criticized for her sister's recent court drama, and fans of the famous singer attacked her for working against her sister. They allege that it further aggravated her life during the custody of their father over Britney Spears.