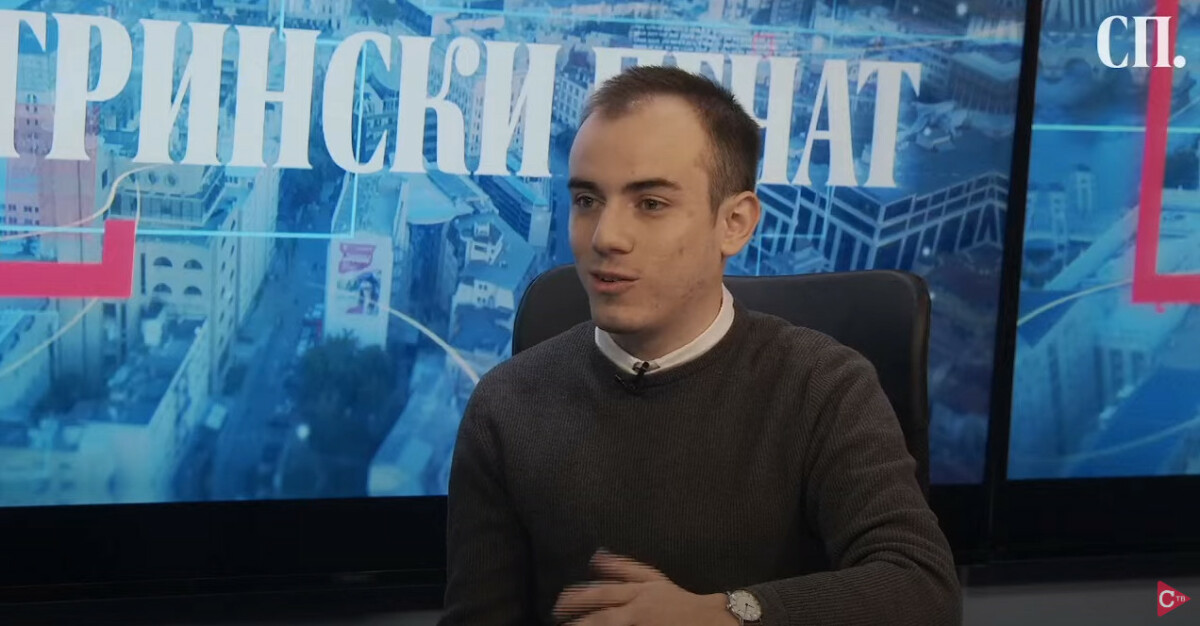 Encouraged by the court rulings on the "Erasmus" case, in which several professors and the dean of the Faculty of Economics were convicted of abuse of position, that is, of extorting sexual services from female students, a group of UKIM students decided to conduct research on sexual harassment at the University on students, among them but also among colleagues - professors.

The results are striking because a large number of students do not recognize sexual harassment as a form of gender-based violence, which they should then report and even be subject to sanctions in the further procedure.

-Sexual harassment is an act of harassment which by definition is unwanted behavior towards a specific person, whether verbal or physical, but students do not recognize it because it is too normalized in a way why some "compliments" or "flattery" can be experienced and how unwanted behavior or harassment and students often do not recognize it because it is considered normal. Research has shown that even fellow professors and students with their peers have the same behavior, says Goran Lefkov, a student who participated in the research on perceptions and experiences with sexual harassment.

What may be considered normal in some circles, to use "girl", "doll", "kitten" or "golden" when courting, in academia is a serious indicator of sexual harassment once used by a professor towards a female student.

-Students mostly recognize direct physical harassment, that which is obvious, while they recognize less that which is more subtle harassment. There is a degree of harassment in the relations between students and colleagues, but also between students and professors, and there is also between professors, and there are testimonies about this that the professors shared with us, says Lefkov in his appearance on the show "Morning Press" on Slbodna TV .

"Some of the senior male professors (now retired) during my academic development gave me inappropriate compliments related to my appearance - or rather sex appeal - or made inappropriate comments about other female colleagues. I have experienced a sexual assault, but I resisted," testified a professor from UKIM, referred to only as Respondent 4, who responded to the e-survey from the students.

- We sincerely expected answers from professors, but we did not expect them to talk about their experiences in such detail, and we have whole quotes. We consulted 26-30 professors, but only 9 of them returned with answers to the questionnaire and all 9 are female professors. We did not expect such detailed answers from female professors about their experiences as students or while going through the academic process and even as professors, but here we received detailed explanations. The data show that 66 percent of the surveyed professors did not know where to report sexual harassment even though they work at the faculty and are aware of the problem, so how can we expect any student to know or dare to report it, Lefkov decided.

He recalls another testimony when a female professor was the target of a physical attack by a colleague and she personally dealt with it.

- I dealt with it, I confronted the perpetrator, she alludes to us, and it turns out that the professor alone dealt with the case and that's where the point ends, and now we don't know if the perpetrator might still be teaching, maybe he's teaching me too, he didn't have any sanction and we don't know what happened to him, and the professor had to somehow defend herself, protect herself from the situation, which is alarming, says Lefkov.

The problem of reporting due to ignorance and mistrust remains open even though the students have as instances the student ombudsman, the dean's office, the Ministry of the Interior, but the data are not encouraging, says Lefkov, because 16 of the respondents reported to the competent authorities, but only one case had a successful resolution in court. and one fifth of the respondents did not recognize the sexual harassment at the time of the incident.

- UKIM should be a protector of students, have a place where students can report without fear that the professor will find out or the academic environment will find out. Now they don't report because they don't know if there will be consequences for their academic career. They do not know what will happen if they report, so there should be a reporting procedure, they should know that the system will protect them, anonymity will be maintained, the case will be investigated and eventually, if necessary, the perpetrator will be sanctioned. UKIM has a code of ethics that condemns sexual harassment, but does not recognize it in all its forms and must be supplemented, according to Goran Lefkov, an interviewee in "Utrinski Pechat".

Watch the entire conversation with Goran Lefkov in the video:

One of the biggest lies sold by SDSM and DUI is that we have started negotiations for EU membership, Nikolovski says.