Both Liverpool and Ohrid will lose their protection from UNESCO, Australia does not want protection for the Great Barrier Reef 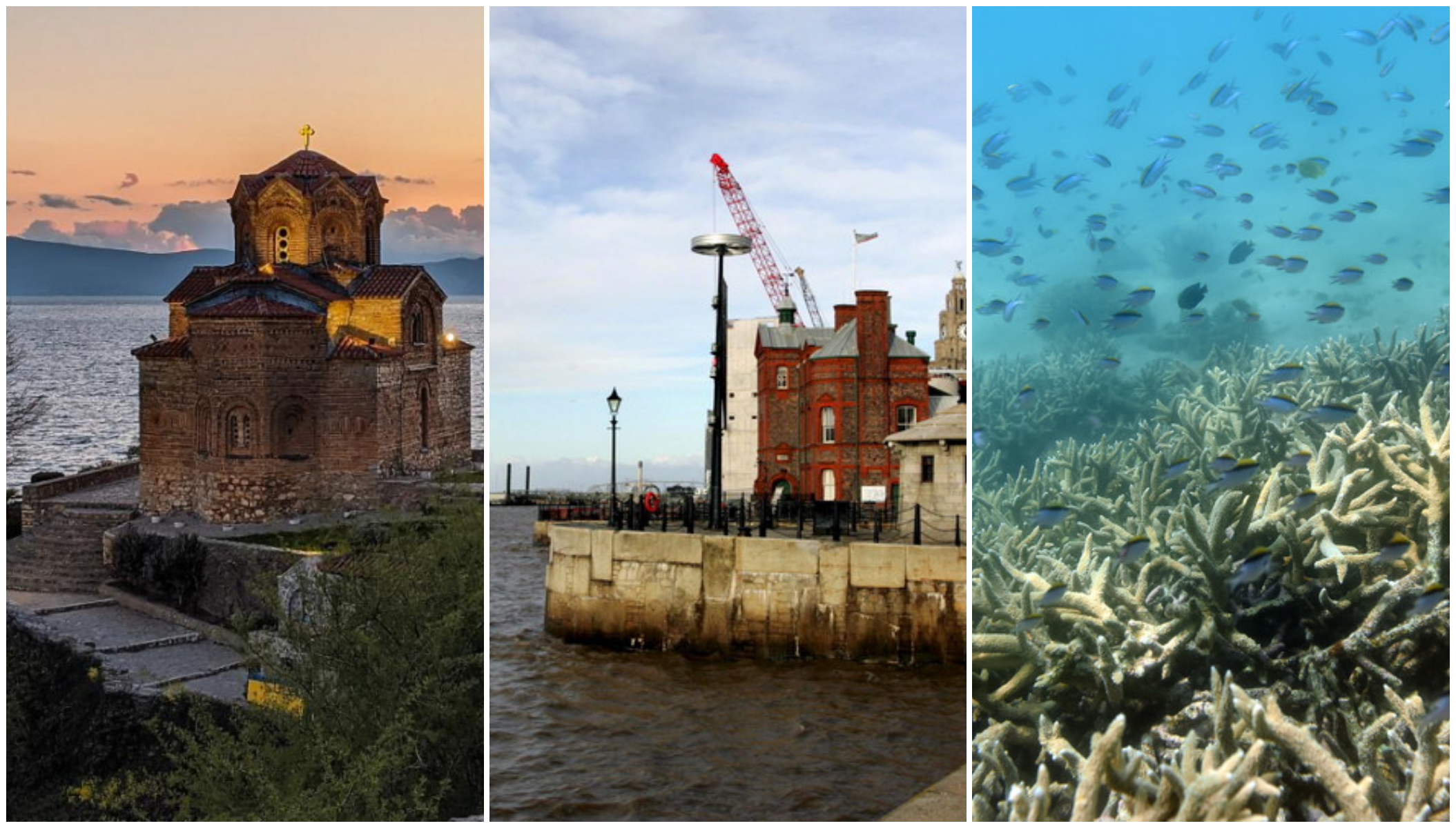 Not only Ohrid receives warnings from UNESCO, but also major cities and countries are under attack by the global custodian of the world natural and cultural heritage.

In July, at the UNESCO Conference, in addition to the status of the protected Ohrid coast, the port of Liverpool will be on the wallpaper, where the authorities plan to build skyscrapers, and the Australian authorities will have to prove why they do not want their underwater attraction - the massive coral reef to be found the list of endangered natural heritage.

UNESCO warned last month that increased urbanization and infrastructure development along the Ohrid coast was interfering with natural resources, causing increased consumption of water and wood, increased pollution from untreated wastewater, solid waste and fragmentation, and the destruction of natural habitats. Due to the illegal constructions along the shore of Lake Ohrid, the Balkan Pearl will be included in the endangered cultural heritage, after a series of warnings to both the Macedonian and Albanian authorities did not resolve the construction chaos that has reigned in this region for years.

The case of Liverpool

UNESCO recommends that docks in Liverpool be removed from the World Heritage List after the city ignored their advice not to build skyscrapers there, writes The Guardian.

Next month, at the 44th annual conference of the United Nations Cultural and Natural Heritage Organization, it will decide whether to remove the Port of Liverpool from the list of historic cultural heritage, a status granted to them by UNESCO in 2004.

For years, local authorities in the English city have been warned they must stop building skyscrapers on Liverpool's legendary docks, and UNESCO is particularly outraged that the city council has not consulted them on a упра 5 billion water management plan.

Local authorities in Liverpool have clashed with the Organization over the need to balance the city's economic development by preserving the historic appearance of the docks since the coast was declared "at risk" in 2012.

UNESCO also sent a message to the United Kingdom that as a country it had no legal methods to stop the development of projects either locally or nationally in order to preserve its World Heritage status. Little progress has been made with the restoration of the northern part of the docks, but according to UNESCO this is not enough, given that the whole is under their protection and with the status of world cultural heritage.

Despite this warning, the central government said that "the United Kingdom, as a world leader in the protection of cultural heritage, is deeply disappointed with the recommendation of UNESCO", but will continue to cooperate with them.

Liverpool Mayor Joan Anderson has announced that if they lose their status in July, they will seek a review of the case in the next 12 months.

UNESCO offers, Australia does not want protection of the Great Barrier Reef

Australia has also come under fire from UNESCO after the Organization recommended that the Great Barrier Reef be listed as a "natural heritage site at risk" and urged authorities to take "action at all possible levels due to climate change" and endanger this natural resource.

At a meeting of the Committee next month, UNESCO will request that the Great Barrier Reef be placed on a conservation list, and that it would be the first time that the natural world heritage site has been listed as endangered due to the implications of the climate crisis. writes The Guardian.

Global warming due to fossil fuel combustion is causing the ocean to heat up and leading to three massive whitening of the 2,300 km long reef since the Committee last assessed it in 2015.

World Heritage sites are global icons and are usually recommended on endangered sites after the effects of armed conflict and war, pollution, poaching, and uncontrolled urbanization.

The Australian authorities strongly oppose this idea of ​​UNESCO and consider the intervention as a "complete subversion of the normal process" and do not want the Great Barrier Reef to be under the protection of the United Nations.

Authorities suspect China may be playing an important role in the latest recommendation as it holds the UNESCO presidency and will host a meeting on July 16, when the proposal will be tabled.

Australian Environment Minister Susan Lay says climate change is the biggest threat to the Reef but UNESCO is not the place to discuss it.

"This decision clearly shows that there is a policy behind it, and that it will disrupt the proper process." UNESCO has identified over 80 endangered sites due to climate change and instead of putting them all on the list of "endangered", it has singled out only the Reef. "When the procedures are not followed and when the process turns upside down and we get this at the last minute - then this is politics," Lay said.

According to a UNESCO report, despite the efforts of local and federal governments in Australia, key goals for improving water quality have not been achieved as well as land management measures.

"This decision sends a pale signal to those nations that do not invest in ridge protection as we do," Leigh said.

This is the second time the reef has faced the threat of becoming an endangered World Natural Heritage Site. In 2015, the government managed to lobby not to enter the list by putting pressure on a committee made up of representatives from 21 countries.

Targeted greenhouse gas emissions in Australia have not changed since 2015 and Prime Minister Scott Morrison has resisted international pressure to set a clear goal - zero emissions by 2050.

The leader of the Greens, Adam Bunt, said that the government must choose between coal or Reef.

"You can't have both," he said. If the world warms above 1,5 C (compared to pre-industrial levels), the ridge will die. "The only party in Australia with 1,5 C climate targets is the Greens."

For the government, the UNESCO report is for yellow, for the opposition - for a red card!

Georgieski: Regardless of the UNESCO decision, we are working on preserving the status of the Ohrid Region

Arrangements for the status of Ohrid by UNESCO: We should not allow ourselves to be on the list of endangered wealth

In Belgium, 40 people were arrested and tens of millions of cigarettes were seized

Vuќiќ: I will not apologize to those who killed Serbs

Lazar Ristovski on the fight against the coronavirus: "After 7 days I recovered, thanks to the vaccine"