And the stars are not in favor of Asen Vasilev, will he manage to form a new government in Bulgaria 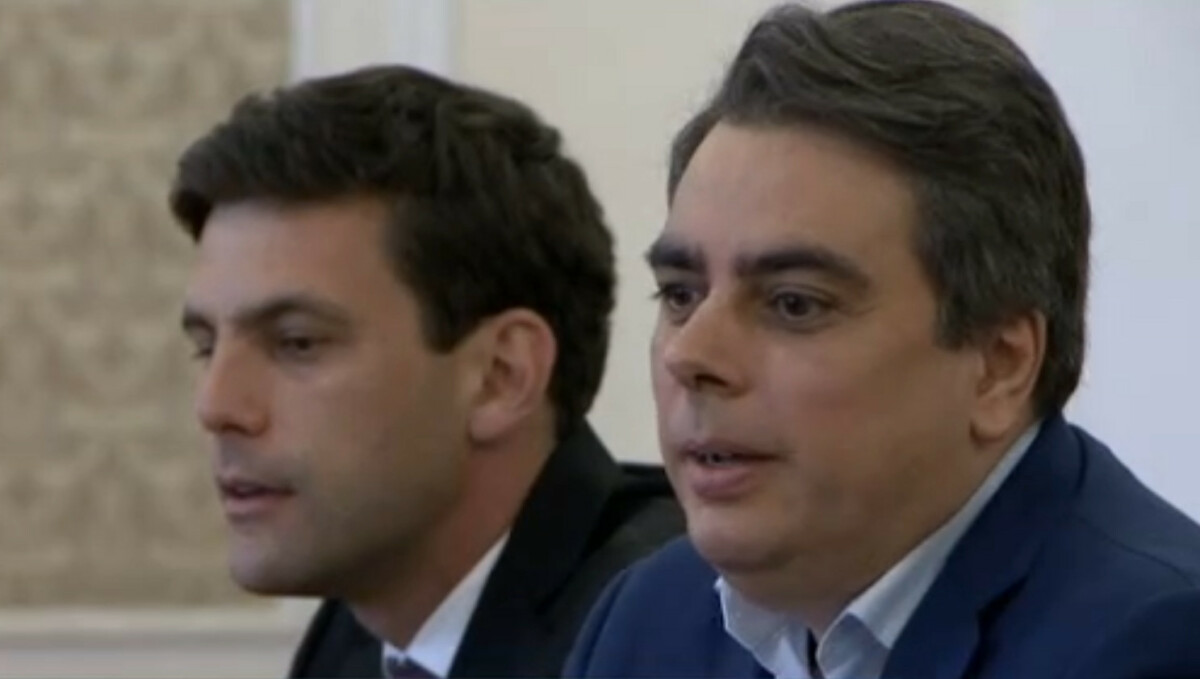 Will Asen Vasilev manage to form a government/Photo: Screenshot

After receiving the mandate to form a new government within the framework of the current parliamentary composition in the National Assembly of Bulgaria, the group for compiling the program of the cabinet with the candidate for prime minister Asen Vasilev is expected to start work today. This working group should establish clear tasks and deadlines for a period of six months, and emphasis will also be placed on the legislative program.

This weekend "We continue with the changes" held meetings with the BSP, Democratic Bulgaria and five independent people's representatives who were previously in the ranks of Slavi Trifonov's party There is such a people.

However, this number is not enough for the time being to achieve a majority in the parliament for the election of a new cabinet, so by the end of the week it should be clear whether this government has a chance. Otherwise, a second mandate will be handed to GERB, from where they stated that they will immediately return it. And whether a third mandate will be handed over or elections will be scheduled - it depends on the president, commented the Bulgarian media.

PP stated that they will not conduct negotiations with other political formations, but will seek support from individual MPs.

By Friday, the independent people's deputies who left the ITN parliamentary group will decide whether they will support Asen Vasilev's government, they announced on Sunday after the consultations.

Slavi Trifonov reacted yesterday to the attempt by Petkov and Vasilev to win over his defected MPs.

"Kiril Petkov and Asen Vasilev invite all MPs from "Ima takiv narod". And when I say everyone - I really mean everyone. They explain over the phone how bad I am and how good and moral people they are. Of course, to convince them to vote for the new proposal for a government with Prime Minister Asen Vasilev. In the last 30 years of modern history of political life, I have not heard of such a thing. Neither in Bulgaria, nor in the world," writes Trifonov.

According to him, if power for one person is at any cost, then that person is wrong and harmful to everyone else. The leader of ITN ends his post with the desire of Kiril Petkov and Asen Vasilev "to suffocate themselves with the government".

Negotiations with the Socialists and Democratic Bulgaria

I strongly believe that we will succeed in forming a government that will continue to work for the interests of Bulgaria, just like the first cabinet," Vassilev announced after the meeting with the BSP on Saturday. And he pointed out that the PP and the left have reached an agreement on the government's priorities, as well as in a very short period of time to prepare a program from the expert teams, which will be accepted at the political level and in which there will be very clear deadlines and commitments for what is happening until the end of the year as reforms and as necessary activities.

"We gave a clear account of the weaknesses we showed, one of them was that we did not prepare a clear program with tasks and deadlines from the beginning," said the BSP leader, Cornelia Ninova. It has been agreed that three-person teams will prepare a program with political priorities and a concrete legal program in six months.

Ninova highlighted the short-term and medium-term tasks to which the government is committed - the funds from the Recovery and Sustainability Plan, the accompanying 22 laws and the preparation of the budget for 2023. As long-term goals, she indicated serious reforms in various sectors and changing the old management model in state ownership. From the left, they want to continue social policies, and education and health should be emphasized.

- We believe that we must all approach responsibly and prevent the fourth election in a row within a few months, because it is clear that this can lead to an even greater confrontation, to even greater clashes and division in society and to the next Parliament, which is still more divided, fragmented and incapable of projecting a government, emphasized the co-chairman of the parliamentary group of DB Hristo Ivanov after the meeting with Vasilev. According to him, now is the moment to take this step and DB will participate with all the resources it has.

According to Ivanov, there are clear priorities, clear national tasks, and whoever does not stand behind them and thus goes to the polls, will be punished by the voters.

The priorities of the DB are constitutional reforms, energy independence, Schengen, the Eurozone, modernization of the armed forces and general modernization and strengthening of the "Security" sector, as well as cultural policies and demography.

The famous astrologer interprets what the stars say

The astrologer of the stars Gal Sasson explained what the stars predict and what the current star configuration means for Bulgaria for the show "On Coffee" on the Bulgarian TV.

Since the beginning of the pandemic: The number of pensioners in Serbia decreased by 58 people

The personal consumption of Albanians in the first quarter increased by 8,6 percent

24 parties and seven coalitions applied for the elections in Bulgaria