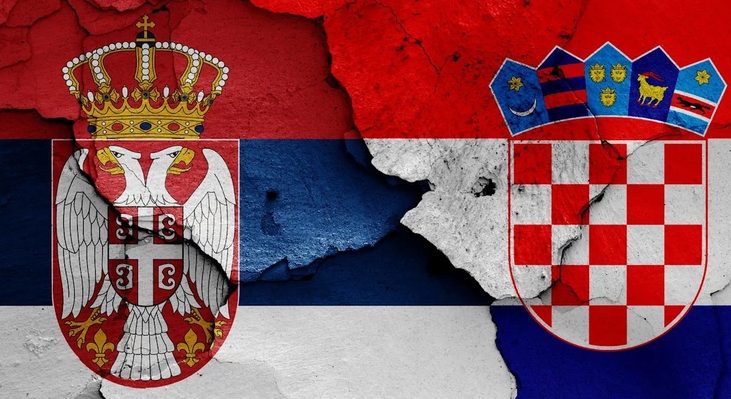 The Croatian Academy of Sciences and Arts (HAZU) urges the Croatian government to block Serbia's path to the European Union if Belgrade does not meet as many as 14 conditions, including abandoning the "Jasenovac myth", writes Serbian Blitz.

The document, entitled "Contributions to the Protection of Croatian National Interests in the Republic of Croatia's Negotiations with BiH, Montenegro and Serbia Regarding Their Accession to the EU", outlines the conditions that these three countries must meet to allow Croatia access to negotiations with EU. The document was released last Friday and sent to the Croatian government in the form of a request.

Among those demands is "recognition of Croatia's age" in the wars of the 90s, meaning "payment of military compensation and an apology". The request also mentions the position of the SOC in Croatia as a "state church", whose position is regulated in reciprocity with the religious rights of the Croatian minority in Serbia.

Among the demands are the demarcation of the Danube (Sharengrad Ada), the return of property to all those expelled during the wars, the reciprocal rights of the Serb and Croat minorities, the recognition of the Croatian language as a minority "at all levels" in Serbia, the recognition of "Croatian ethnic integrity" of the Bunjevac minority ”, submission of documents for the killed and missing, submission of all archives, then documents from the Vukovar Hospital, and one of the requests is even of an ecological nature and refers to the control of lithium exploitation in Serbia.

- Without illusions that some of those in the international community who tirelessly taught us the values ​​of new civilization will speak on the occasion of this burning political pamphlet, alone, out of respect for all the victims of the "death camp", will not enter the devalued space of the replica shamelessly use the term "myth of Jasenovac". "But it is good and useful to know what they think," they said in SANU.

Vuќiќ does not agree with Croatia's demands

Serbian President Aleksandar Vucic said after a brief meeting with Croatian Prime Minister Andrej Plenkovic that "Croats think they have the right to tell us what to do."

"Just as Croatia wants to ban Finland and Sweden from joining NATO, so they want to ban Serbia from joining the EU," Vucic said.

He reiterated that Jasenovac was "the site of the greatest suffering of Serbs in World War II" and added that "he could talk about the victims for which Serbs are to blame", while the other side could not do so.