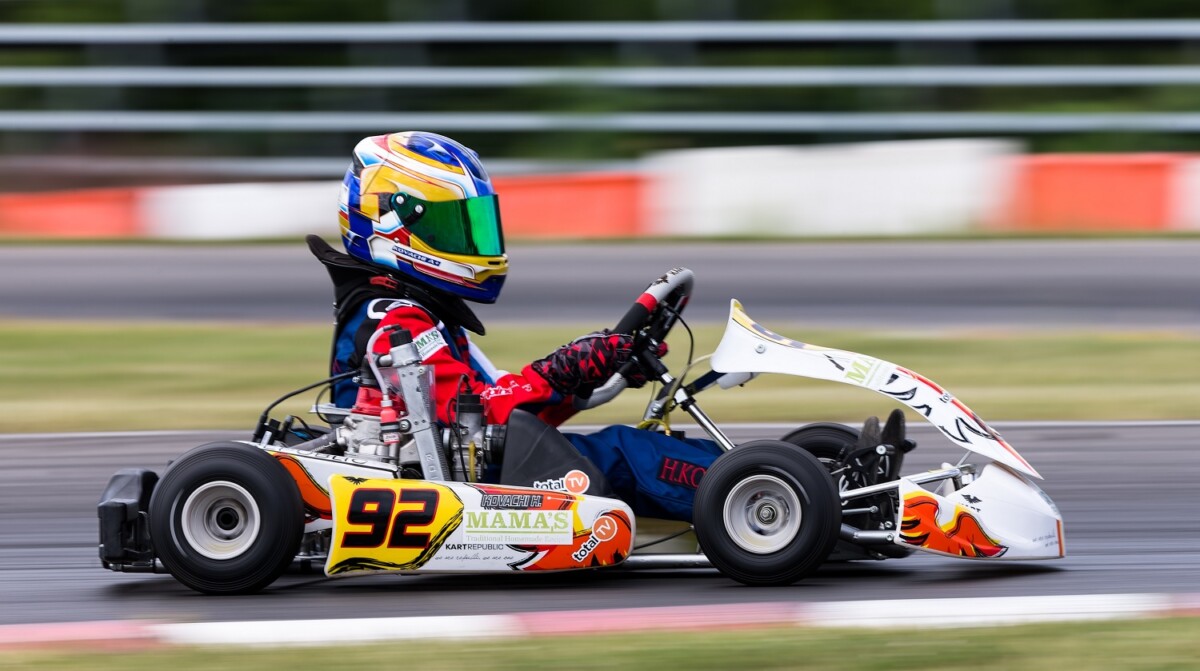 Despite the successes, Hristo did not have any more serious incidents except for one unfinished race due to a technical defect of the engine, and unfortunately 9 missed races due to health reasons due to which at least 3-4 positions in the general classification were missed.

The racing season in the "micromax" class for Hristo Kovaci in 2021 ended with a total of 27 races.

- I want to thank my parents who are always with me in everything I do, the whole public and all my followers and supporters, the media, my friends and of course my only sponsor "Mamas" who has given me unreserved support all season - says Kovaci.

- The whole year was filled for us with many trips, new challenges, new friendships, new tracks and beautiful moments that will remain for us. The achieved results were expected and we are satisfied that all the work resulted in progress and improvement of driving skills in Christ - say from his team.

This racing season started with the first race in Italy and ended in Slovenia.

- We took part in RMC Austria, CEZ Central European Zone, Serbian Championship and SSC Sport Style Cup. A total of 11 racing weekends or 33 races were planned, of which 6 races were canceled by the organizers, and a total of 27 - they add.

Despite the successes, Hristo did not have any more serious incidents except for one unfinished race due to a technical defect of the engine, and unfortunately 9 missed races due to health reasons due to which at least 3-4 positions in the general classification were missed.

- Next year Hristo will have a new and even more serious challenge. According to his age and how the classes of competitors are divided, he should be in this class for two more seasons, but due to his height and weight he will have to go to the bigger class. That class is made up primarily of larger, far more mature and experienced competitors, and Christ will probably be the smallest of the greatest. However, this will be a motive for us for more training and an opportunity to upgrade ourselves by dealing with our competitors - say from his team.

In the next period, the calendar of races will be published, according to which it will be seen in which championships Hristo will participate in the next 2022.

- However, it remains especially important to participate in championships where there will be more competitors in his new class in order to gain more experience, knowledge and improve his driving skills - added by his team.

The tennis player who is richer than Djokovic, Nadal and Federer, will play together in the fourth round of the Australian Open

VIDEO: Djokovic is gone, so now the Australians are attacking Medvedev!

Pop Acev: For the good of all, the current pools should be maintained continuously!