Courage and humanity versus heartlessness and hatred 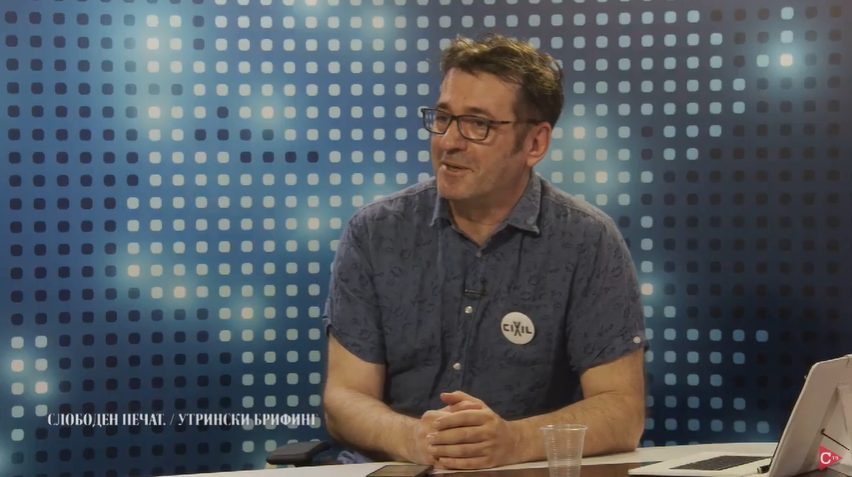 "Great tragedy, God help us" - wrote in a comment a Facebook user immediately after the fire that broke out in a modular hospital for treatment of covid-19, on the night of September 8 in Tetovo. Four minutes after that comment, the comment appeared: "Why help? Let this tribe die? ”(Profile under the name“ Gjore Dimitrievski ”).

As the dead and injured in the horrific fire that broke out in the hospital were being counted, the haters found their place on the front lines of Facebook and Twitter.

Reports from the disinformation and hate speech monitoring team are coming up. Monstrous hatred, total heartlessness - I state once again. The first dashes of the analysis arrive late at night. The monitoring team is well aware of some of those who used this tragedy to spread hatred on social networks or "suddenly" showed "concern" about who might be responsible for the tragedy. The fire was still raging, but they had already penetrated "deep into the Facebook-Twitter investigation".

A photographic note from a comment that says: "It will burn, normally," came into my e-mail box. "Only in that way can this hysteria in the country and forced vaccination and introduction of measures be stopped." Total nonsense, but people read it, approve it and share it. In another comment, from a certain profile under the name "Radica Arsoska" it is said: "Let everyone burn".

People stand against this unimaginable heartlessness and hatred. Firefighters and doctors on the front line, and immediately afterwards the news crews (the public) and the entire state leadership, immediately entered the battle with the tragedy.

People react differently to tragedies. Some on social networks started connecting. For Ilinden - forest fires, on Independence Day September 8 - hospital fire. For a moment, the attention stops there, but it is responsible to reject all thoughts that can put a person under the influence of conspiracy theories. Greece, for example, did not celebrate Ilinden, so there were many fires.

Miraculously, Hristijan Mickoski, a politician who isolates himself and the party he leads (if he leads it), continuously isolates himself from all events and processes, immediately came out with a Facebook announcement that he makes the party available the same night. How and what he will make available - he did not write, but it is noteworthy that it is current for the first time.

In these tragic moments, humanity and solidarity can not even remotely make up for human losses, but they can alleviate the pain of families and loved ones. And the real investigation by the professional services, not just the "sofa-investigation" on social networks, started that night.

Needless to say, there should be a good and thorough investigation into this tragic case, but also a responsible public that will not succumb to conspiracy theories and hatred. It is not a shame to ask for help from foreign experts in the investigation.

In the meantime, it is our duty to be humane and to offer our help and compassion, as people and as professionals, each in his own field.