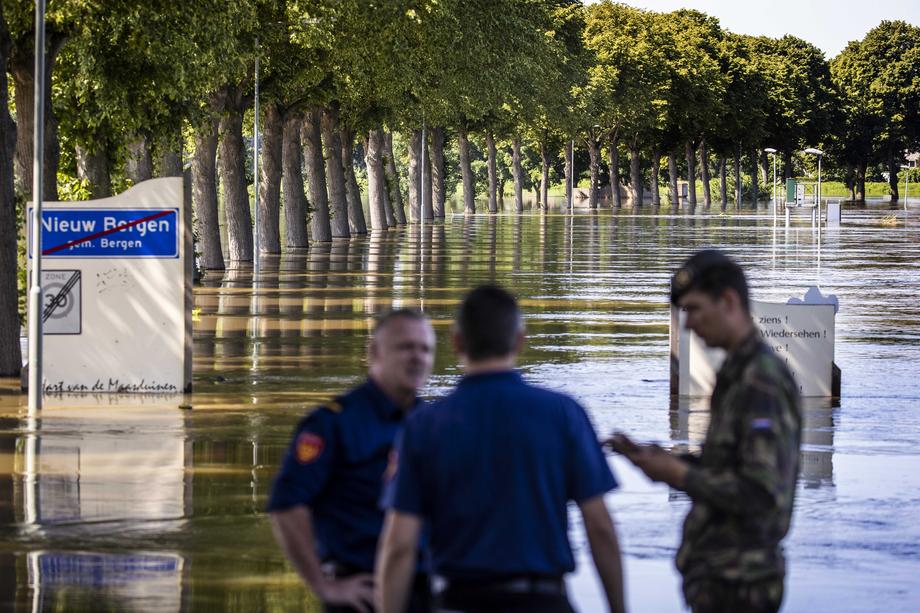 Although the Netherlands was also hit by torrential rains, which literally flooded parts of Germany and Belgium, it still managed to avoid a catastrophic scenario.

This happened thanks to the special organization and the systematic approach to the danger of floods. The Netherlands did not pass completely without flooding, but there were no casualties.

- The authorities were better prepared and could communicate quickly with the people. We have seen better the "arrival of the wave" and where it is moving, said Professor Jeroen Aerts, head of the department of water and climate hazard at the University of Vries in Amsterdam. reports CNN.

The Netherlands has a long history of water management and its success in dealing with this catastrophe could offer the world a flood management plan, especially as climate change is expected to be accompanied by more frequent rains.

The country has been battling the sea and rising rivers for almost a century. Three major European rivers - the Rhine, the Meza and the Shelda - have their deltas in the Netherlands, and with much of the land below sea level, the government claims 60 per cent of the country is at risk of flooding.

VIDEO: Protest in front of Capitol, there were more police officers than Trump supporters

Russia's voting system has been the target of massive hacking attacks, according to the head of the election commission

More than 2.000 complaints of irregularities on the first day of Russia's elections

Putin: US and NATO should bear the cost of rebuilding Afghanistan