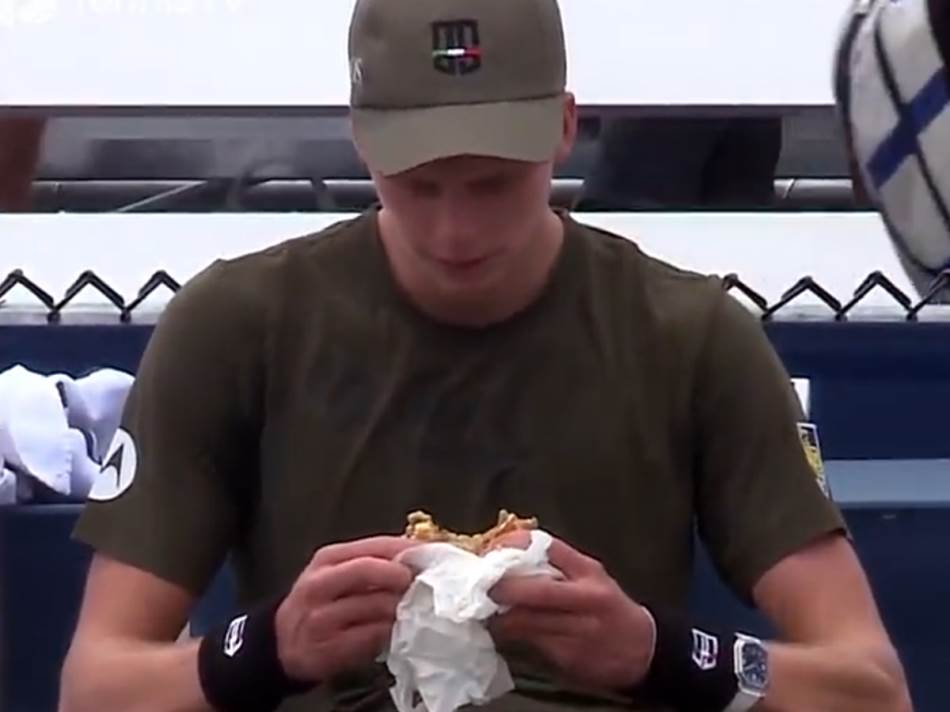 American tennis player Jenson Brooksby is a real hit on social media with the move he made during the Masters Series 1000 tournament in Montreal.

Namely, Brooksby ordered a sandwich during the match with Roberto Bautista Agut and then ate it in front of the TV cameras during a break between games.

- The man got hungry, don't forget that Stanislas Wawrinka also ordered a coffee in the middle of a match to wake up at a Grand Slam tournament - is one of the comments on social networks about the American tennis player's move.

The sandwich did not help Brooksby much as he lost to Bautista Agut in two sets with 7:5,6:1.