Heroic feat of a mother from Banja Luka: While walking with her daughters, she rescued a drowning woman in Vrbas 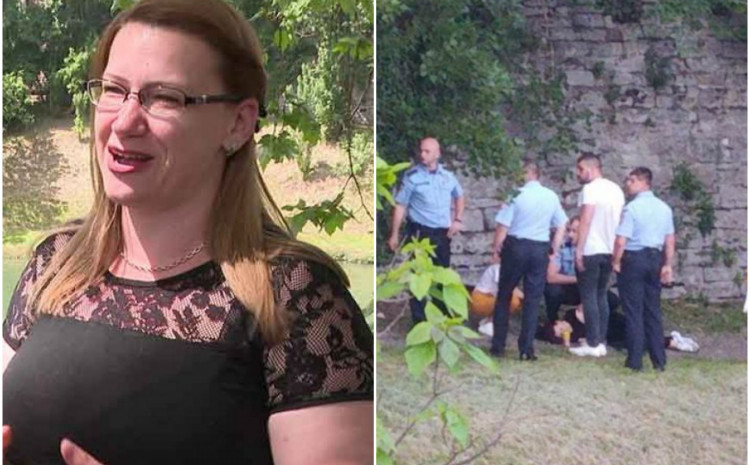 The brave Banja Luka resident Merima Gajic saved a young life by jumping without thinking in the cold and swollen Vrbas River.

He managed to pull a young girl out of the river, and then to the portal Daily avaz told the drama that took place:

- My daughters and I were returning from the city and when we went to cross the City Bridge, my daughter said: Look mom, a girl is sitting on the pillar of the bridge. "I looked at the girl, who at that moment took off her jacket, threw it on the sidewalk and then threw herself at Vrbas," she said.

At that moment, Milica gave the baby she was holding in her hand to her older daughter Angela and told her not to worry and went to the river.

"Without thinking, I jumped over the fence and went down to the river. I jumped in Vrbas and prayed to God to heal the girl and I to go out because the river was fast and swollen. "I somehow managed to drag her to the shore, where she was met by the police, a man and a woman," Gajic said of the moment when the girl was rescued.

She says that she failed to talk to the girl because while pulling her out of the cold river, she was semi-conscious, and later when she pulled her ashore, she was unconscious.

"I do not know anything. Neither where the girl is from, nor her name, who her mother and father are. The police told me that they would call me and tell me everything. However, last night they called me and asked me how I felt and only said that the girl was taken care of and that everything would be fine, "added Merima Gajic.

Gajic says that he does not know the reason why the girl threw herself in Vrbas last night.

"I did not think about what might happen last night. I leave my two children, and the third one, someone else, I go to save him. "I am glad I managed to save her," Gajic added.

Asked if she had been called by "city fathers" to thank her and reward her for her heroism, she said no one had called her.

But judging by the comments on Facebook, she could soon receive an invitation, writes Avaz.

Abazovic: Montenegro is an ideal country that can revive the EU enlargement process

Brnabic on the EP resolution: Nothing is clear to me now – the EC says one thing, the EP another

Albanian oil will solve the energy problems of the whole of Europe!?

Members of the Bundestag supported Croatia's entry into the Eurozone

Explosion in an ATM in an Athens hospital